I love the snowflake up at Seven Impossible Things Before Breakfast today. Somehow, even though the rabbit is holding a twig with two tiny leaves, the song, When You Wish Upon a Star comes to mind.

Something about the night sky, and his scarf being tugged by the breeze, and his concentration on that tiny bit of tree seems so ...hopeful.

I've looked at Yuyi Morales' snowflake (which I won't link to), and her adorable character, Little Night, who shines and dreams and loves her Mama, Night. Both of these characters remind me that there are pinpricks of light, even in the deepest dark, and today, as the YA/Children's blogosphere promotional effort for Robert's Snow begins, I'm hoping that the the little lights we are shining on a worthy fundraising effort light up the dark -- with hope.

A little bit of hope was also on hand in a New York Times Week in Review article, as a war correspondent remembered the cats he had come across during his time in Iraq. 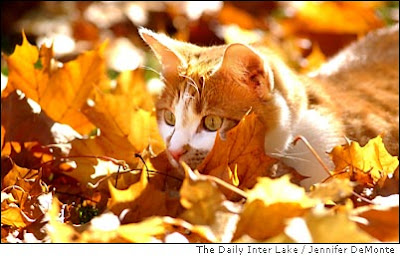 "As The Times’s bureau chief, part of my routine was to ask, each night, how many cats we had seated for dinner. In a place where we could do little else to relieve the war’s miseries, the tally became a measure of one small thing we could do to favor life over death."

A small thing to do to 'favor life over death.' I think that sounds about right. You'll find the daily snowflake schedule for the Dana-Farber Cancer Institute fund raising auction at Seven Impossible Things Before Breakfast.

Let it snow.
Posted by tanita✿davis at 3:08 AM
Labels: Random Notes and Errata, Views