This book is a 2007 Science Fiction & Fantasy Cybils Award Nominee.

Kelly MacBride is only thirteen, but she feels her life is over. She and her mother had always been together, and she barely remembered her Dad, who died when she was young. Her mother has been her best friend -- phoning her from business trips, opening and savoring new words and new worlds with her through language and literature. Now that her mother has died, too, Kelly is bereft and rootless -- and being sent to live with her Dad's mother. 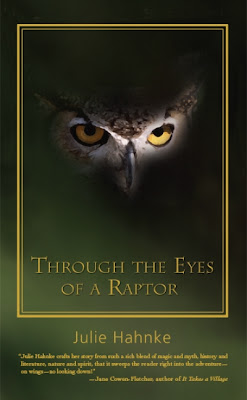 Why hasn't her grandmother ever been in touch? Why wasn't she around when Kelly's mother was alive? How could she have abandoned them after her father, Hamish, died? Kelly he isn't prepared to like her grandmother, Brid -- or her house or her new life in Scotland. Kelly is terrified by the depth of her loss and how lost she feels. Furious at the fear and sadness is making her resentful -- and rude. It takes her breath away to see her grandmother's manor -- the castle where she lives, the ghillie who meets her at the airport, the cook and the Masters and journeymen who live and breathe the old Celtic ways. As she slowly begins to move past the crippling grief and take part in the life of the manor, she finds that there are mysteries here -- mysteries of her father's past, and mysteries in the old manor house itself. Some of the mysteries are darker than she expects. Not everyone in the cozy Scottish manor wishes her -- or her grandmother -- well. But who is it who is evil? Who is good? Right and wrong take on different colors when seen Through a Raptor's Eyes.

This deeply satisfying novel takes magic and myth, Celtic lore and history and knits together a page-turner that leaves the reader surprised and gratified by turns. Though at times Kelly seems far, far older than thirteen (and at times abruptly much younger), and some of the exposition drags a bit during the detailed middle of the novel, the series shows promise for the patient reader.
Posted by tanita✿davis at 8:09 AM
Labels: Fantasy/Sci-Fi, Historical Fiction, Reviews