In Search of Home 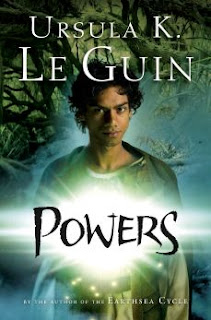 This book is a 2007 Fantasy & Science Fiction Cybils Award Nominee

Sometimes home isn't where you think it is. Sometimes you have to go out looking for it, and it's not where you expected to end up. That's true for Gavir, who was raised as a house slave for a noble family and lives in relative comfort, training to become the next teacher for the children of the house, both slaves and nobles.

He's always had a secret, though; one only his sister knows. Gavir remembers things—things he should have been too young to remember, or things he's read in books down to the smallest detail...and sometimes, just sometimes, he "remembers" things that haven't happened yet. For instance, he knows that one day, an army is going to invade his town. What he doesn't know is that after the invasion, life as he knows it will change.

Tragedy strikes, and, finding himself the target of a violent bully, Gavir escapes what was once his sanctuary and flees in grief, searching for something he's only seen in visions. What he finds is a new life. He meets friends in unexpected places, finds freedom fighters in the forest, and even makes new enemies. And eventually, he finds the land he, his mother, and his sister had been stolen from—but even that isn't what he expects.

In her latest novel, Powers (the third novel in the series that began with Gifts) Ursula LeGuin weaves together adventure, family, danger, and politics into a gripping coming-of-age story. Another excellent read by a master of the craft.
Posted by Sarah Stevenson at 7:35 PM
Labels: AF, Reviews