At Home in the Forest

The children's literature ezine we all know and love is up!! 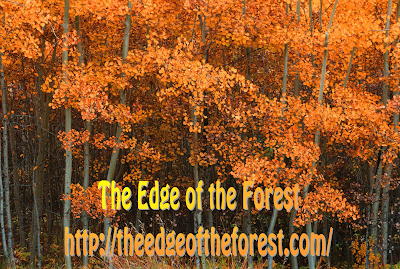 You do NOT want to miss the interview with Kevin Hawkes with Mark of Mark & Andrea's Just One More Book!, nor A Day in the Life with children's author Esther Hershenhorn, by Kim of Kat's Eye Journal nor Little Willow's awesome feature on Books That Opened Your Eyes.

By the way: BACA's back. Color me ever-so-pleased.

I always find statistics intriguing, and the new research from Junior Achievement and Deloitte which Anastasia reports on at Ypulse really gave me pause. If you believe the statistics, there are a high number of young people who don't mind lying and cheating to get ahead, because there is a huge pressure on them to be successful. Those of us on the SF/F Cybils nomination team were talking about some of the books we're reading, and some of the behavior of the characters. We were discussing them in terms of being realistic (For instance, how much of being a bully is over-the-top? Does anyone's parents, in this day and age, really allow that?), but Anastasia's concern was an alleged lack of ethics within an entire generation. It's an interesting discussion, you'll want to drop in if you have time.

As part of the Cybils SF/F nominations team, I'm deeply interesting in why many people think science fiction isn't literature.

Don't know if you've been following the J.K. Rowling v. Publishing Company story, but Camille offers and update. And even though this blog is normally ALL Bear (ahem), GO Stanford!!!! Seriously -- I very much respect JKR's authorial control over her characters and books, etc., but I think she's going after the wrong people, here.
Posted by tanita✿davis at 4:17 AM
Labels: Random Notes and Errata, Views

Thanks for the link to the SF article. I love the part where he digs at badly written literary fiction without a purpose. Hee-hee. Yeah, give me a strange episode of Star Trek any time over those sad excuses for story that chronicle a day in the life of a sidewalk in New York.

That picture is so pretty. Clarification, specification: Those leaves and trees are so pretty!

People of ANY and ALL AGES should have more respect for themselves and for others, and aspire to have higher morals. The true test of character? What you do when no one's looking.