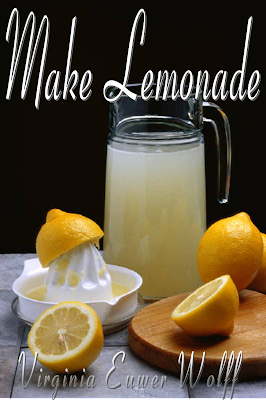 "I am telling you this just the way it went
With all the details I remember as they were,
and including the parts I'm not sure about.
You know, where something happened,
but you aren't convinced
you understood it?
Other people would maybe tell it different
but I was there."

Probably my voice was shaking as I tried to read loudly but with some kind of feeling. My students were... loud, not with their voices, but with their bodies. They shuffled and pulled up the hoods on their coats. Their actions spoke of disgust and amusement that their teacher was reading them ...a story. I mean, they were too old for that.

My students at Crestmont were at the school because they had been incarcerated for a variety of reasons. They were a strange mix of ancient and young, iron-hard and vulnerable, so it was fitting that I read a story that was rooted in the ground from which my students grew -- the rocky ground of urban poverty. It was not a story of a person of a particular race -- and my students were Caucasian, African American, Latino, and Filipino -- but of a particular class, the category of "poor" into which all of my students fit. The girls in the story were poor -- but one was poor and dreaming, and the other was poor and hopeless. One was a fourteen year old girl with a VERY determined mother, who'd grown up with the word COLLEGE in her house like a large piece of furniture that she had to step around during her day to day. The other girl was seventeen, already a mother of two with no mother of her own, and was advertising for a sitter.

Two girls from different sides of the street, but when their lives intersected, there was ...possibility.

I deeply wanted to introduce 'possibility' to my students. Most of them had the idea that they were going to die before they turned twenty-one, that they would never find any other kind of life, and that this was how it had to be -- nobody they knew had ever done anything different. They all wanted to somehow ascend the hill of fame, be Somebody Big, and then -- die. Because they couldn't imagine anything more than that.

And so I read them Make Lemonade.
I never really got to know what they thought of it, not really.
It wasn't an assignment. I didn't make them write response sheets (although our principal preferred that I had); we didn't do any experimentation with blank verse or follow a study guide. I didn't want them to have to do anything more strenuous than listen.

In time, they stopped moving, stopped shuffling, pulled down their hoods and were still. They listened, at times with a frightening intensity. They would ask me -- sometimes in the middle of a math class, apropos of nothing, sometimes just when we were ending our session for the day -- what something meant, why something had happened. I answered what I could, and others jumped in and put forth their own answers. I left those answers as they were -- I didn't try to gather them up or refine them or make them make sense. They felt too fragile -- and amazing -- to touch. As a group we were thinking. That on its own was enough.

With as much critical praise as this book has garnered, it maybe doesn't warrant being a Wicked Cool Overlooked Book, but it was to me. None of the other teachers had read it. Quite a few older teachers in our system implied that "teaching poetry" to our school's population was out of the question. But since this book was reissued in 2006, I know someone else must support my opinion: Make Lemonade is wicked cool.

I will always remember the first book I read to my Crestmont students. They listened, then like small children, they asked if we could read it again.
Posted by tanita✿davis at 3:19 AM
Labels: Reviews, Wicked Cool Overlooked Books

Love this book. And I love even more your description of reading it out loud. I may be crazy, but I think half the world's literacy problems could be solved by the right book being read aloud to the right person. It's not just the reading; it's the "outloud-ness" of it. The public aspect, the proclaiming and sharing of words.

Thanks for posting about this, one of my favorite books! Bravo to you for reading it aloud :).

I've never read this, but after the Cybils, I will go look for it.
It is a nice feeling of safty to have a frontlog (as opposed to a backlog) of books to read! Thanks.

Make Lemonade is one of the best books I read this year. Thanks for sharing this cool story!

TadMack, Stories like the one you just posted inspire me. I never get tired of hearing about how a certain book changed someone's life or changed the way people interacted with each other.

You totally rock. I love how you wrote this post. I must say, I haven't read this book, although I keep saying I will. Based on your post, I am definitely getting it.