It is 1906. Fifteen year old cousins Laura Hame and Rose Tiebold are twins of soul, and everything they've ever done has been together. Since Laura's mother died, and her famous dream-hunter father is sometimes too busy for her, Rose has been Laura's sibling, her voice, her entertainment, and her bedroom her second home. The girls and their parents live in the same house, and dream-hunting -- the pursuit of Rose's mother and Laura's father -- provides them with a good living. The girls have very few worries, except that Laura is a bit quieter, moodier, and a little bit more self-absorbed after the loss of her mother. It's just a part of her personality now. 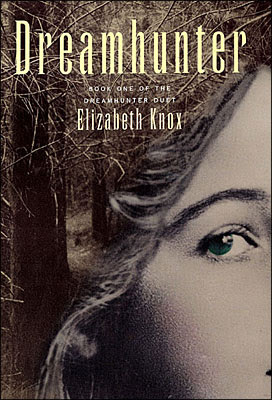 Laura and Rose are almost of age to make an official Try to cross the border from their home in Southlands to The Place -- which is where dreams come from. Rose's mother, Grace, dreams at the Opera House built in her honor. On a raised dais, her golden bed awaits, and as she sleeps, she releases beautiful, pleasant, and sometimes amorous dreams which she has "caught" in The Place, and brought back to be shared. Laura's father works for the Government. The dreams he "catches" are used in sanitariums to sooth the sick and to cure them, and in prisons... to reach those whose minds are deemed by the state as 'incorrigible.'

Dreams are very powerful in Laura and Rose's world. The Grand Patriarch of the Church speaks out against them. Some families deny their children the entertainment, for fear of sullying their minds, but most people enjoy them immensely. Dreams are a way of being somewhere else for awhile, of taking in adventure or romance while remaining perfectly safe in one's bed.

But what else can dreams be for?

Dreamhunter by Elizabeth Knox is a hugely detailed, imaginative novel that almost defies description. From the prologue, the reader's interest is piqued and led on with a trail of crumbs. There aren't too many huge surprises, but a series of small "Oh!" type of discoveries... which lead the reader nicely onward to the next volume!
Posted by tanita✿davis at 11:50 AM
Labels: Fantasy/Sci-Fi, Magical Realism, Reviews

Oooh, this one sounds good!

Some of my most satisfying reading in the past couple of years happened while reading the Dreamhunter books. I felt transported but there was some familiarity at the same time; I was intrigued by the story line and I loved the cousin's friendship and the reality of characterization.