Under the Radar Recommendations: The House on Hound Hill

When I originally mentioned UK author Maggie Prince's first US-published novel, The House on Hound Hill, on our sister site Readers' Rants, I had no idea that over two years later I would be frantically poring over website after website, page after page of Google search results, only to find next to nothing about this elusive, truly under-the-radar author. She's on booklists all over the place, and has written two other YA novels besides The House on Hound Hill: a historical romance called Raider's Tide, evidently published in Australia, and North Side of the Tree, which seems to be a sequel. She's also got books for younger readers, released in the UK, including Memoirs of a Dangerous Alien, Pulling the Plug on the Universe, and Rachel on the Run. Clearly she's been a working writer for a while now; so why does she remain under the radar?

Obviously that's sort of a rhetorical question, at least for the purposes of this post, since I wasn't able to find an answer anywhere on Google or on publishers' websites. But I'd like for her wonderful book, at least, to get a little more attention. When I first read The House on Hound Hill, it was one of those fortuitous library accidents: I was browsing in the YA section, judging books by their covers as I so frequently and embarrassingly do, and was intrigued by the blurb on the back that read "Something is not right in Emily's new house in the historic London neighborhood of Hound Hill…" According to Prince, "The idea for the plot came when a plague outbreak in India coincided with my son studying A Journal of the Plague Year, by Daniel Defoe, for his A-levels. The thought of things from the past – diseases and who knows what else – not having gone away properly, was riveting" (HarperCollins UK).

Now, I'm a sucker for stories about the past coming alive, sticking around, or otherwise impinging on the present day, and I’m also a bit of an Anglophile, so stories about creepy old London houses are right up my alley. One of my favorite parts of traveling to truly old cities like London is the feeling of history being so tangible. And that's what Emily finds out in Prince's book—only for Emily, history really is not only tangible but dangerous. As I mentioned in my review on Readers' Rants,

In this novel, the main character moves with her mother and brother, post-divorce, to an old house in a very old area of London. She senses something strange about it from the beginning, but isn't able to put her finger on it. As she gradually encounters strange and ghostlike figures in her house and around the neighborhood, and gets to know its unsavory history during the last Great Plague in the 1600s, she finds out just why the area (and her house in particular) seem so creepy to her. 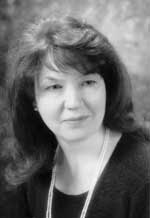 The House on Hound Hill was first published in 1996 as Here Comes a Candle to Light You to Bed, and in some ways that title does a better job of conveying the thrilling suspense and darkness of this novel. And it is dark—there's a greyness to the atmosphere which Prince does a nice job of conveying, and of course the darkness of certain eras in the past is also portrayed well and in vivid detail. For an edgy (as in it makes you edgy), fascinating, and even "edutaining" read, I recommend this one. Add it to your spooky October booklists!

A Chair, A Fireplace & A Tea Cozy: The President's Daughter series by Ellen Emerson White

Big A, little a: The Tide Knot by Helen Dunmore

Miss Erin: The Reb & Redcoats and Enemy Brothers, both by Constance Savery

Interactive Reader: Shake Down the Stars by Frances Donnelly

Och, color me shamed. After all the good things you've said about this book, I still haven't read it.

Creepy London houses? Add plague to the mix, and I can imagine it as seriously edgy...

"Now, I'm a sucker for stories about the past coming alive, sticking around, or otherwise impinging on the present day, and I’m also a bit of an Anglophile, so stories about creepy old London houses are right up my alley."

We were separated at birth...I've got to read this book!

Did you try to get in touch with someone via her UK pub?