A Sliver of Light: Under Radar Reccomendations

"Everything falls to Katherine, and that means everything is falling apart."

It is a powerful and heartfelt book which, for reasons of its authentic voice and timeless truths, cracked my heart when I first read it in 2001. The MFA thesis of author Heather Quarles, this book combines a family story and an exploration of belief to create a book painful in its clarity. 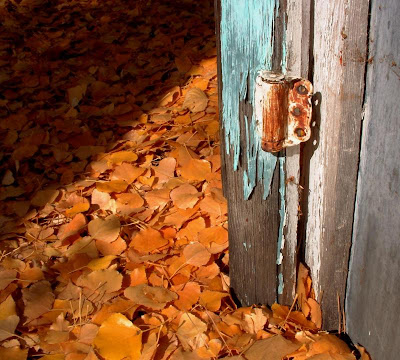 The storyline isn't earth shattering: An alcoholic woman with four kids barely making it isn't particularly original. The eldest child, Katherine, emerging as the caretaker of Douglas, Tracy and Alisa is what Al-Anon says naturally occurs in every family touched by alcoholism. People fall into roles in a family of dysfunction. It's just how they cope, how we might cope in the same circumstances. But into this spiral of destruction, shines a light... from a wardrobe in the middle of nowhere. And that light both eases the darkness, and reveals a way in which they all have so much more to lose than they previously believed possible.

Just... something about the way this particular family is falling apart catches at the heart. As I said when I first reviewed this book for my writing group years ago,

"The truth is found in the writing -- the dialogue breathes life into fear and anger, the chronic feelings of helpless love and suppressed rage the main character feels. The first person narration gives a true immediacy to the piece, and drags readers into the painful places with the family."

At fifteen, most of us wanted to prove that we could run our own lives; these teens have to try, for the sake of staying together; they can't even turn to their father, who is on a second wife and family. Though he might have grudgingly helped them, their youngest sister, Alisa, isn't his child. Surely a parent who shows she can't be trusted to take care of her own has given them the idea that no one else will take care of a child who does not even belong to him. So, the family goes it alone, and their attempt is astounding. But teachers have eyes -- and the act of trying to parent while trying to be a kid is visible. When it all implodes, a desperate gamble to keep her family together drives Katherine to an extreme that may ruin more than she knows.

This book won awards - four of them. This book garnered critical praise. The author, according to the flyleaf of the book, has written short stories and essays. I have never found any, neither can I find an interview nor any additional information on the author except that she graduated from Emerson College. And I wonder: did something happen? Is she still writing? Can I ever tell her how much this book means to me?

An echo of this one book has remained with me for years, prompting me to read more about C.S. Lewis' responses to the children who responded so strongly to him, and to more carefully frame questions of my own in the stories I write, with a heart for the people who may encounter my books, and ask questions of their own, seeking hope while dealing with reality. Such questions are universal, poignant, and haunting:

When faced with silence and despair, are we losing our grip when we find that we want to believe in Narnia? Is there something wrong with trying to find it wherever we are? Aren't we all still looking for A Door Near Here?

A Chair, A Fireplace & A Tea Cozy and a discussion of author Ellen Emerson White, her general awesomeness, and why she is "under the radar,"

Big A, little a takes on Ingo by Helen Dunmore,

Jen Robinson's Book Page has a discussion on The Changeling and The Velvet Room, both by the super-awesome Zilpha Keatley Snyder,

Over at Bildungsroman, the uniquely titled, The Girl in the Box, by Ouida Sebestyen,

Miss Erin: Girl With a Pen and Princess of Orange, both by Elisabeth Kyle,

Fuse Number 8 with a bit of the mythic: The Winged Girl of Knossos, by Erick Berry,

Chicken Spaghetti writes on the intriguing sounding The Natural History of Uncas Metcalfe, by Betsey Osborne,

Writing and Ruminating has a fun one - Jazz ABC by Wynton Marsalis;

And The YA YA YAs wrap it up with Massive, by Julia Bell.

Not a bad crop of books (AND there are cute mice over at 7-Imps Picture Books Celebration today). Stay tuned for more Under Radar Reporting!
Posted by tanita✿davis at 12:17 PM
Labels: Reviews, Under Radar Reading Recommendations

That does sound great. Thanks for the heads-up.

I bought and read this book when it came out because it won the Delacorte prize that year--a year I'd also entered. Thankfully, I loved the book and could put aside my envy about the prize because it was a deserving winner! I did think the ending was a bit fast and tidy, but the book's attributes (and the really moving journey of Alisa) more than made up for that. I, too, have always wondered what happened to Quarles. I'd assumed there would be more YA novels coming from her.

I love this book & was so happy to see you review it. I also wonder why we haven't seen anything more from the author. She's a great writer.

I know what you mean about "Can I ever tell her how much this book means to me?" I feel so fortunate to have been able to write about Zilpha Keatley Snyder this week - the books meant something to me, and I still feel their echo. I'm glad that you wrote about this one, because I doubt I would have picked it up on my own (oh, another story about the alcoholic mother, etc.), and now I will.