Leaving on a slow train: in eight days. At least I hope it's slow. I'm in dire need of a nap once we start rolling. Still searching for those plaid shoes, too... 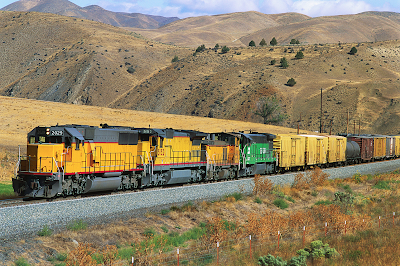 I am ridiculously delighted to have discovered BRAW: Books, Reading and Writing, which is the site of the Network for the Scottish Children's Book. Though the authors names are not familiar to me (and largely the books listed are MG, which might be why), it's nice to see that there are the usual book fests, kidslit-conferences, awesome publishers, really funny YA writers who blog (thanks, Sara!), and the like where I am going. Children's lit is still not quite the industry elsewhere that it seems to be in the U.S., but the YA bookishness, it is here to be discovered... more on that as I find it!

Many, MANY people want to be writers, so many, many people pursue this dream with an admirable single-mindedness, and will do anything to get someone to read their work, anything, like even participating in an open competition. The American-Idol style competition thing at Touchstone, a subsidiary of Simon & Schuster, looks like it went ...okay, since they're planning another for romance writers next time. I still cannot honestly say that I am a fan of competitive publishing, because... well, some of the 'red in tooth and claw' agony of revision, workshops, and the like seem better suited to people who know you, or that you can at least trust to be civil and have constructive criticism. I cannot imagine just tossing my manuscripts into a ring of strangers armed with razors like that. I've never watched American Idol, but everyone by now has heard of Simon Cowell... and it only takes one like him, really. Only one.

More doom and gloom in the 'internet will take over the world, and all the libraries will close, woe is me' box: the Guardian, quoting an AP-Ipsos poll, reports that a quarter of American adults read no books last year. One quarter, or one in four. I'm going to try and find the original poll, but feel a bit of annoyance that children's books aren't listed at all. People seem to want to constantly harp on the fact that the publishing industry is dying, despite a 3% global increase last year over the previous year...to say nothing of what children's literature worldwide is doing. (Maybe they ought to stop just counting Americans?)

Ouch! GalleyCat pulls no punches: some of us really WILL read that OJ book... riiight after we finish The Secret... And, I adore Ferdinand the Bull. Does Bottom Shelf Books think I'm morbid??

And a little squeal for Ying Compestine's new book Revolution is Not a Dinner Party, which is a YA novel being cross-marketed to adults. Go! Read! Enjoy! Yay, Ying!
Posted by tanita✿davis at 9:44 AM
Labels: Random Notes and Errata, Views

Thanks for all these links.

For the record, I'm still a big fan of Ferdinand. If that makes us both morbid, then so be it! We're all going to die eventually anyways, so what does it matter...?

p.s. There is no Santa Claus.

TadMack, I left you a comment at the picture book post at 7-Imp: Do you, by chance, have contact info for Yuyi Morales? I'd love to feature her art work one Sunday. Oh well, I couldn't find any contact info online.

Hi, I've been enjoying your blogs (this one and Reading YA: Reader's Rants). I was wondering how I can get a review for my YA novel 'Turtle Feet, Surfer's Beat' on one of your blogs.
Thanks so much,
Marina
Marina@turtlefeetsurfersbeat.com

Jules, good luck getting Yuyi! She's all kinds of awesome!!!

I know I am not a fan of competitive publishing. It does not serve to produce the best work in a writer or encourage anyone to come back and try again.

I know plenty of people are made of tough stuff, or they would not keep submitting after being rejected, but competitive publishing brings rejection to a whole new level.