In 2008, on a dreich and gloomy morning, I went sailing on Loch Ness.

I about DIED of the excitement. We were going to LOCH. FLIPPIN' NESS.

Of course, I wasn't one of the people who BELIEVED in the monster or anything... but as our friend told us of the many, many, many, MANY people - clergymen, policemen, ordinary citizens, men and women, young and old -- who had claimed a sighting of the thing, I became a bit worried... and then incredulous... and then, finally, quietly convinced: something was in the water. Probably not a monster or whatnot, but something.

Which means that when I saw this book, I knew I HAD to read it. 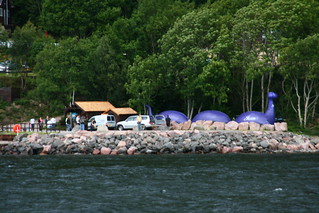 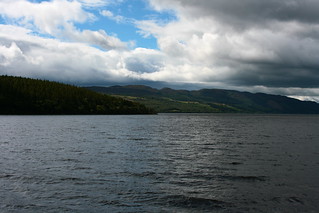 This book was first published in Ireland in 2010, but this is its first outing in the U.S.. So far, there are THREE explorations in the Cryptid Files series, and I love how the interior pages and chapter headings have this fizzing line connecting them -- it reminds me very much of the line of bomb fuse in the original MISSION: Impossible television show, and give the book the visual weight of mystery.

Of course, there's mystery inside, as well... 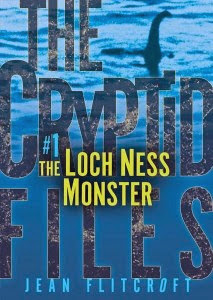 Concerning Character: Vanessa Day lost her mother two years ago, and she is NOT getting over it. Everyone else - her two brothers, Luke and Ronan, her Dad, Alan - everyone seems to be progressing through the stages of grief, her father to the point of taking up with a woman called Lee MacDonald, whom Vanessa just hates. When he announces a family holiday away from their Dublin, Ireland home to the Highlands of Scotland -- and that Lee is coming with them -- Vanessa loses it. She shrieks and roars at her father, accusing him of forgetting her mother too soon, wild with furious grief. Though later she's embarrassed and awkward, at least she's headed off something which she feels she could not bear.

Vanessa's mother was special. Unlike any of the other parents in her school circle, her mother was a cryptozoologist, with an Oxford doctorate. She knew all the best stories of ancient civilizations and lost gods. Without her mother, Vanessa feels like she's been drifting for too long, underwater... with nobody to understand her. She dreams of the cryptids her mother wanted to find. Vanessa feels so connected to her memory - to that loss - and to these creatures, that she feels she MUST go on this trip - if only to be sure her brothers are happy, too. 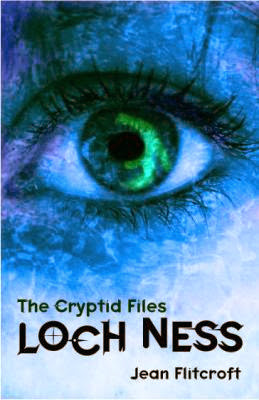 Quietly, her father prepares for the trip - leaving tickets and itinerary around where she and her brothers can find them. Vanessa is thrilled that her outburst hasn't ruined the trip -- but the real thrill will be to get to Inverness, stay in the little B&B they've found near the Loch, explore the village, and hopefully -- with the help of her mother's Cryptid Files -- find out all she can about the Loch Ness monster -- and maybe spot her. If she can do that -- maybe Vanessa can reconnect with the memory of her mother again. Maybe she won't feel so horribly prickly, awkward, frequently angry, weepy, and worst of all -- alone...

Critical Reader Reaction: I thought the U.S. cover was spooky, and clever - with the classic picture of ...something in the murk, the cut-out letters, significant of the holes in all of our theories, and the bright, yellow title - boom, right out there. Love it. The Irish cover, with its terrified/fascinated eye, in shifting colo(u)r, is also riveting. I loved how each chapter had notes from the Cryptid Files at its start; through these I learned - and relearned - tons of facts about the 22-mile-long loch itself, and the theories about the creature within. While there has been spelling changes from the Irish version of the book - we're short the additional 'u' - a bit of the texture of the speech has remained, which is really nice.

While we're never told how old Vanessa is, she mentions attending secondary school "next year," which means she's eleven at least. For the most part, her behavior stays true to that age group, but occasionally the author forgets her audience and narrates from an adult point of view, mentioning Vanessa hugging someone with her "childish arms." No eleven-year-old worth her salt would ever put "childish" anywhere near a description of herself! At times, Vanessa's behavior is hateful and mean - the behavior of someone grieving - but she has a lot of mental conversations with herself where she is beginning to understand why she does what she does. I did find it slightly disappointing that there was a sort of cure-all, panacea for grief in the waters of the Loch, but -- change is sometimes where you find it. Maybe a "douking" will cure us all.

The novel is quick-paced, short, and filled with genuine adventure. I can imagine it being a treat for 9-11 year olds who want to believe, as they say in the X-Files. Meanwhile, the truth is out there... 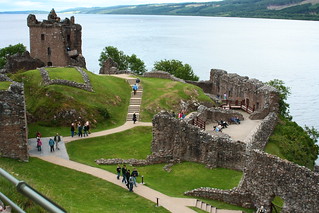 I received my copy of this ARC, courtesy of the publisher. After May 1, you can find THE CRYPTID FILES #1: LOCH NESS MONSTER by Jean Flitcroft online, or at an independent bookstore near you!