People who follow my personal blog may remember that in 2011 I shared some truths about myself when I posted about YA author Robison Wells, author of VARIANT. (That blog post is reposted below.) He had just shared publicly about his mental illnesses, and losing his day job because of his panic disorder causing an inability to sometimes leave a room, and I was feeling the horrible empathy of a fellow sufferer, having been frozen in myself one time too many.

I have thought of him often since then, thought of his courage in "outing" himself, thought of the raw grit it must take to be an artist trying to create while also trying to be, you know, okay with leaving the house (sometimes, it's not okay, and that's really all there is to it. Trust me on that one). I wanted to say something to him - but could think of nothing which didn't sound completely whacked and stalker-y, so when I read ten minutes ago on Shannon Hale's blog that a group of writers have gotten together an anthology to help support his family in their time of needing help, my immediate thought was, "I'm in."

The authors involved in this project are some of my ALL-TIME favorites, and many of them will be familiar to you for speculative fiction for adults and teens: Seanan McGuire, Shannon Hale, Kierstan White, Dan Wells, Brandon Mull, Aprilynne Pike, Brandon Sanderson, Mary Robinette Kowal, Lauren Oliver, Sara Zarr, Jessica Day George, and tons more. The Indiegogo Page for this book is right here. Click through and buy an ebook. Buy a hardback. Buy a critique from some of the authors involved. There are all kinds of ways you can help.

This is super-important to me... so, I thought I'd take a moment and share. Thanks. 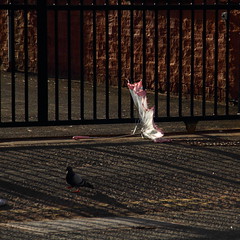 One fine, sunny morning in college, I got lost.

I got lost on the campus of my college, that fine, sunny morning, and as I was one of the vast hordes of Freshers running around that year, maybe it didn't seem that unusual to anyone. That it was months into the school year - nearly May - should have been a telling point, but no one noticed.

I was climbing one of those long flights of stairs and I, mid-step, was lost.

And I couldn't breathe. And my hands were slick, and the sky wheeled in sickening loops around me. And I wanted to get away from it - from beneath it - but it was so huge suddenly, and there was nowhere to escape it. Every surface looked pitiless and hard, every building foreign, and I just knew that awful was three millimeters from happening to me. People walked by, I guess, but I was gripping onto a light post with all of my strength, and trying to stop the world from spinning out of control. And trying to breathe.

It was a profound experience, which is laminated in memory. The flight of stairs from the gym to the building below the library - some technology hub - to the three flights of stairs near the flowering cherry trees was all I could see. Going up those stairs would have put me in line of sight to the asphalt-paved road that led to the parking lot next to the English building, and my dorm. Five hundred feet, and I would have been able to see my way to safety. But, I couldn't move that far. I slid down to the ground gripping the light post, and hyperventilated.

Eventually, I managed to get up. I was going to ask someone if they knew where I was, when suddenly, at the entrance to the library, the landscape snapped into familiarity. I was able to inflate my compressed lungs, and stop panting, straighten up, and walk stiffly - my hair and back soaked from perspiration - to my dorm.

I remember I was so ashamed. So, so mortified. And felt really, really stupid.

Sooo, I never told anyone.

I mean, would you? 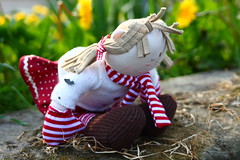 It happened again. And again. And it happened at the American Library Association Annual Convention in D.C. in 2010 where I was being honored for MARE'S WAR, and I had to walk out of a room full of authors getting ready to go on and do presentations for this Speed Dating thing. I was soaked with sweat, and trying to breathe, and thinking, "Everyone knows. Everyone here is A Cool Author who Does Stuff and Knows Stuff, and then there's you. Everyone knows, and you are such a fraud."

Sooo, when I read of Robison Wells, Cybil-nominated author of VARIANT, losing his day-job because of a panic attack, and being just unable to do what was required of him, I teared up immediately over his struggles. Been there, done that, have the t-shirt. It's thin and tattered and usually rank with sweat.

Sometimes, I feel so flawed. I think, "Gah! Isn't it enough that I'm introverted and shy? Did I have to be flat-out mental (our Ms. G's word), too? I don't always have an answer for that. I'll be honest: I don't come off as Sunny Suzy after freaking out. It's something I can't control, and I really prefer to, honestly, control everything. But, I do know this: I have seen the world from the point of view of someone broken. When I am at the top of my game, and you are at the bottom of yours, I'll know how it feels. I will understand, and be kind. I will consider the courage of Rob Wells, and when I am wrecked, I will remember, "Yes, but --" and, once the clouds of doom part, go on.

It's a tiny gift, but one I will hold onto, and not let anyone pry from my death-gripping, sweaty hands.

For the thorn, and for the rose. For the grace of courage, and the gift of empathy, I am truly thankful. 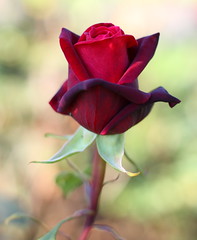 Posted by tanita✿davis at 5:41 PM

Ah gee, Tanita (sends huggish thoughts). That is not my particular problem...but I did manage to hit myself as hard as I could in the nose with my car keys the other day.

And thanks for the word about the anthology--I'll go look for it.

Mighty brave of you too, Tanita. Thank you for the reminder of how thin the line can be between "okay for now" and "not okay at all." None of us are okay all the time, but it always helps to feel you're not alone.

@ Benedict: *Huggish thoughts back* Dude. Be careful of the keys...

@ Susan: Thank you for that - none of us are okay all the time. Truer words, my friend, were never spoken... but we really forget that, don't we? Thank you for reminding me that we don't walk through this stuff alone.

whoops--I forgot to unsign Ben. The clutz in question was me....he's not quite old enough to drive!

I think the extra sting in mental illnesses, as opposed to physical illnesses, is that so many people think we should be able to get over them just with willpower. People who would never tell someone with measles or a broken ankle to just "cheer up" or "calm down" or "don't dwell on it" have no problem dishing out that advice to those whose illnesses are less visible.
Hugs!

@ Jennifer R. Hubbard ~ people are kind of amazing sometimes, and not in a good way - I'd like them to STOP dishing advice, period! If some don't see "evidence" of a particular disability, either mental or physical, too often they feel called to speak. I have friends who have rheumatoid arthritis which isn't always obvious, and -- wow. Lots of the unsolicited.