As I was trying to think what this book reminded me of, I realized it nothing less than a medieval mystery. The detail of the plot and the elegance of the writing made this a take-it-in-one-sitting book for me. I had a library copy, but I may need to find one of my own, and read it again. This is a quiet book, but I am very eager indeed for the sequel.

Reader Gut Reaction: It seems amazingly that the more complicated and organized the culture, the more definitive and specific the class stratification, and Goredd indeed does have the class structure down. Despite their own power and intelligence and the brilliance of the musician dragons at court, they are seen as defeated and dumb, and never as good as the humans. There are beings which are even lower - lower than dragons. Who cares about the peace treaty between the dragons and the peoples of Goredd? The humans have formed cults to speak out against them, and a lone dragon, newly wearing human form - or a lesser wyrm - might easily be struck down. It's been years since the great peace -- so, why isn't it peaceful? 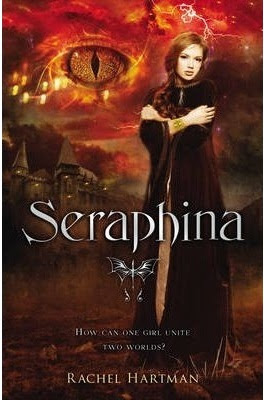 Concerning Character: Musician Seraphina Dombegh walks through this uneasy peace, trying to keep her balance. She's a brilliant musician - but must keep her talent quiet, to avoid provoking too much public opinion. She feels sometimes a little mad, but her teacher has taught her to quiet her mind, using a series of little exercises she's started to call "tending her garden." It is a real garden, though, that only she can see, peopled with... mutants.

Seraphina feels different. She works for the palace, and isn't quite common, but she's not quite one of the royals, either, like her student, the princess. Falling somewhere in the middle of common folk and others, it's easier, perhaps, for her to find something in common with the dragons. Having known one since childhood, she can be logical and emotionless, and they can understand her. It makes her seem odd, though -- and then, when there's a murder that appears to be done by a dragon, understanding them so well doesn't look good at all. It's just before a major state visit from the king of the dragons, and the perceptive captain of the Queen's Guard is looking for help -- and villains -- everywhere... 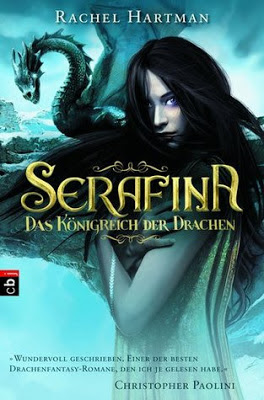 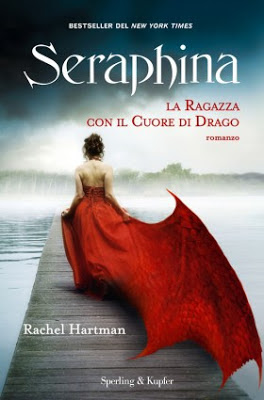 Recommended for Fans Of...: DRAGON'S BAIT by Vivian Vande Velde, DEALING WITH DRAGONS, et al, by Patricia C. Wrede, VOICES OF DRAGONS, Carrie Vaughn, A WIZARD OF EARTHSEA, by Ursula LeGuin, DRAGONHAVEN, and THE HERO AND THE CROWN, by Robin McKinley, DRAGONSONG, by Anne McCafferty, GUARDS, GUARDS, by Terry Pratchett, and other fine dragon books 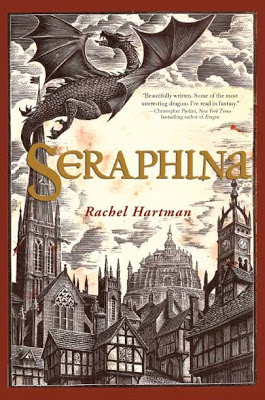 Cover Chatter: The US/North American cover is, happily, a woodcut - all sepia detail and loveliness. Seraphina is a restrained character, deep and layered, but there's nothing on the surface. The provincial restraint of the little city there matches her character, and the way that technology is disguised in beauty also pairs nicely with the soaring buttresses, etc. etc..

Understandably, buttresses would not go over as well with the British public! That cover is a bit lurid for me - do not love the red eye, and the girl looks a bit glam. Also, the stylized dragon ends up looking like a particularly anemic butterfly, which doesn't convince anyone of their fierceness.

The German cover is interesting - but it looks like she's drowning in hair, and her visible eye makes her look just that wee, tiny bit mad, does it not? Yes. I think so. The Italian cover is gloriously simple and stark, but the North American cover remains my very favorite, because despite the striking colors and simple design the dress on the Italian cover... looks a bit hard to walk in, and like something with scales is sneaking up on her??? Lacks a bit of subtlety, for me.

It's always such an interesting thing to see what book designers thought would sell best in various countries.

You can find SERAPHINA by Rachel Hartman everywhere, including at an independent bookstore near you!

Wow. Great covers. But I prefer the U.S. hard cover, which I have. And I was fortunate enough to meet the author at an independent bookstore near me. :-) It's good to see all of her hard work paying off. (By the way, I've read all of the books you mentioned in the "Recommended for Fans of" section.

The Italian cover is fun, but I agree about that woodcut! Love it. I look forward to reading this one, especially now that it's a Cybils finalist.