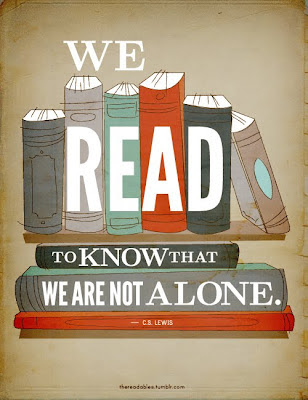 Each of us walks a different path when finding wonderland. For us, it has largely been the flight of fantasy which has fueled our imaginations. We delight in other faces, other worlds, the "what if" of science commingled with the "of course we can" of fantasy fiction. Though we discovered Diana Wynne Jones at very different times in our lives, we both had the similar experience of knowing we'd found a friend, an ally, a home.

Wonderland, in connection with other blogs and kidlit writers around the world, most proudly presents our little tribute to Dame DWJ, just over a year after her star went down to "rise upon another shore." She will never be truly gone; she lives on in every story, and thus, in all of us.

I was nine years old. Earlier that year, I had moved to a new school district, a new school. I was in the sixth grade. Everyone, obviously, was older than I was, and they'd all been going to the same school for years, already knew one another, already had friendships and factions and alliances and dynamics I knew nothing about. So-and-so had been so-and-so's boyfriend in first grade, and they'd walked around the playground holding hands. Those guys always played basketball at recess, while that girl played football with the boys after lunch.

I was quiet. Oftentimes, I didn't find friends so much as the friends found me. At some point early in the school year, Cindy found me. Yes, she already had a best friend from kindergarten days, already had a small close-knit group, but Cindy was (and still is) friendly and boisterous and talkative and openhearted. What's more, she loved books and reading as much as I did. Her parents were both chemistry professors, but she was like me, willing and eager to be lost in worlds of the imagination. 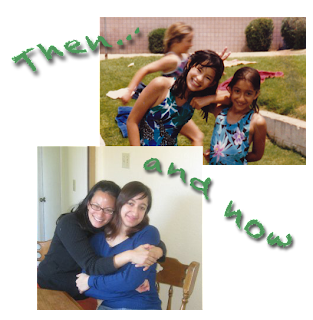 One day, we were at her house and she asked if I'd ever read some book or other about magic and time travel. We liked a lot of the same books already—from Sweet Valley High to Madeleine L'Engle — but I hadn't heard of the one she was talking about. We went upstairs. Right at the top of the stairs, on the landing, was a small, low bookshelf, right outside the door to Cindy's bedroom. We sat on the beige-carpeted stairs and she pulled a paperback out, then another: Witch Week, and A Tale of Time City, by Diana Wynne Jones.

That was how it started. I felt like Diana Wynne Jones's books filled a reading void I hadn't even known existed, stretched my imagination in a new direction that nevertheless struck a chord of almost primal recognition. They filled me with wonder and made me believe. The characters seemed real, they came alive on the page, and because of that, even the most implausible and fantastical worlds seemed possible. At a time when books were not only a source of joy but an escape from feeling uncertain and new at school, from feeling angry and frustrated by the ongoing aftereffects of my parents' divorce a few years prior, I was more than happy to believe, to plunge headfirst into the adventures of Christopher Chant and Sophie and Howl and everyone else.

What I find most wondrous, perhaps, is that whenever I pick up one of DWJ's books even now, I still feel the same way. I still feel the same willing surrender to belief, the same eagerness to let the waters close over my head and be completely immersed in her worlds. I miss her, but thanks to her written legacy, I am able to find her again and again, as her books found me.

"Things we are accustomed to regard as myth or fairy story are very much present in people’s lives. Nice people behave like wicked stepmothers. Every day." 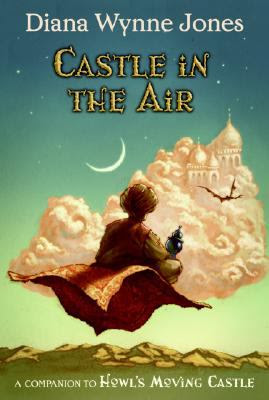 I met the writings of Diana Wynne Jones much, much later in life than AF. I was seventeen, fully reveling in the opportunity to be away from home and parents, to read what I wanted, when I wanted. Of course, the first thing I’d read had been romances – awful, bad, hideous, poorly written epics full of “what the heck?” and misogyny. I was well sick of them – having figured out after a bit of experimentation that most of them were identical. I was just dipping a hesitant toe into the back shelves of the tiny St. Helena library, to the science fiction and fantasy section, when I happened upon a book that was misshelved from the young adult/children’s area. It was called CASTLE IN THE AIR. It was thick-ish, but not too thick, and with the boy on the magic carpet, I was sure I recognized it. It was a Arabian Nights Tale, right? Maybe a fairytale-ish take on the original? I was, even then, a sucker for a good fairytale – having not read those as a kid, I had a lot of ground to cover, and at seventeen wasn’t too proud yet to read them.

Standing quietly in the library aisle, I just thought I’d scan the back cover and the first few pages.
The first thing I realized was that it wasn’t an original Arabian Nights tale. This was something else…
The next thing I realized was that I’d been standing with one book in my hand for twenty minutes, and that, in no universe, could be called “skimming.” I tucked the book into my bag and edged nervously into the outskirts of the children’s section until I found another – HOWL’S MOVING CASTLE. And another. CHARMED LIFE. ARCHER’S GOON. THE HOMEWARD BOUNDERS.

I figured that was enough time in the children’s section. I retreated, clutching my prizes and my dignity.

In my usual neurotic fashion, I organized the books by publication date, and got started. I laughed and laughed and thought and wondered. 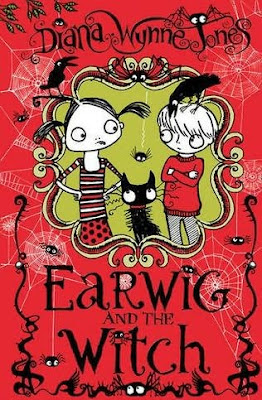 I fell head over heels for Christopher Chant. I read HOWL’S MOVING CASTLE six times. The THEY and the THEM in THE HOMEWARD BOUNDERS became the faceless adult enemies whom I lived to thwart. Quick thinking and thoughtful action turned chaos into clever time and again, and even the books obviously for younger readers were funny and unusual.

After that, I got aggressive. I strode BOLDLY into the children's section. I used the computer. I ordered titles on the interlibrary loan system. My goal was to read EVERY. SINGLE. DIANA WYNNE JONES BOOK. In order, of course.

I never did manage that – a writer who started writing before I was born will have had plenty of books go out of print, and a library as tiny as St. Helena’s was unlikely to have access to them all, even with tapping other branches. But, I tried.

Writing this now, I think it’s time to try again. DWJ’s writing is multilayered, and then as now, appeals to the intellectual and to the instinctive in me. While diverse books are deeply important to me, and DWJ's work doesn't necessarily tick ethnic boxes, I love her books because they are always inclusive, always extensive and welcoming. All wishers and liars and magic-bean buyers of any stripe will find, as I have, a place.

I felt a bit of kinship with DWJ the child – knowing that she didn’t have an easy childhood and sympathetic adults in her world. I suspect that this rocky start gave DWJ the writer the tools to open her imagination further than most, and to force her dyslexia into abeyance and to force better worlds into existence.

And it is a better world. We have Dalemark. We have the Chrestomanci. We have Howl and Calcifer and The Dark Lord. And we can never unhave them.

Her books are a crowbar, prying open my imagination. Because of Dame Diana, there will always be more and better worlds to discover. 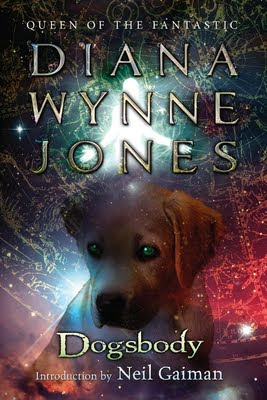 This little point of light is but the beginning of a very bright universe. There are daily celebrations, memories, fine words and pictures. Check the schedule, and find out who's next for this month's celebration tour.

It doesn't surprise us at all that we know almost everyone on the tour so far. No wonder we're friends...♥

Continuing the celebration of the life and contribution of Diana Wynne Jones, DOGSBODY, FIRE AND HEMLOCK, and A TALE OF TIME CITY are being reissued by Firebird Books, with introductions respectively by Neil Gaiman, Ursula LeGuin and Garth Nix. New covers and new artwork make these works extra-special, as well as the inclusion, in FIRE AND HEMLOCK, of an essay by DWJ not previously published with that book. If you've never read these three titles, you'll want to jump on this chance!
Posted by tanita✿davis at 1:00 AM
Labels: Happenings, Wayback Machine, What We Do, Who We Are

I love you both - and now I just love ya that much more! (It always strikes me as so amazing when I discover that friends are as deeply connected to certain books and music as I am. It's like we've been fated our whole lives to find each other...)

And it is a better world. We have Dalemark. We have the Chrestomanci. We have Howl and Calcifer and The Dark Lord. And we can never unhave them.

That made me all teary, too.

@ rockinlibrarian - That is my mantra - it makes me feel much better. There are always and forever the stories.

There is something about sharing the same beloved books that, I feel, links people together at the level of the heart and the imagination...more strongly, almost, than any words that could be spoken aloud. Maybe that sounds melodramatic, but it feels true.

Anyway, T, I think I'd like to go back and read all the DWJ books, too, especially since there are plenty I've never read. Maybe we can plan a couple of joint reviews, if our re-reads coincide...

I'm in if you do it. I loved rereading F&H so much last month - must do all the others (and the ones I missed).

Cheryl @ Tales of the Marvelous said...

What a beautifully-written tribute, to Diana and to the power of books...love it!

This is such a lovely tribute to Diana Wynne Jones! I wish I discovered her books earlier, when I was a kid. But I don't think they were available here in the Philippines? In any case, I need to catch up and read the rest of her titles because I love Howl's Moving Castle (and really enjoyed reading the companion novels and the first two Chrestomanci books).

@ Colleen & AF: After SBBT, yes?
@ Cheryl: thank you, and thanks for dropping by.
@ Chachic: They might not have been available in the Philippines - but now she's EVERYWHERE, so do read!! You will find not only fantasy and adventure and humor, but a thoughtfulness and a cleverness that will still appeal to your adult side.