Whew! Friday.
And tons of good news.
First, Kay Ryan has been named US poet laureate. Yay for Northern California, Marin County, hermits and mountain bikers. According to The Guardian yesterday, "Upon hearing that the Library of Congress had called, she thought to herself, 'I can't have that many overdue books.'" Hah! In a 2004 interview, Ryan described writing as a self-imposed emergency," the artistic equivalent of finding a loved one pinned under a 3,000-pound car. This emergency allows her to tap into a self which she would not otherwise find.

Wow.
My second bit of good news is that I am nine and nine-tenths through with another manuscript, which is A Good Thing. Copy editing will take place before August, huzzah. Finally, finally some good progress. Thanks to those who shoved me off of the starting line and cheered.

I received a letter this week from a former student who has just finished a first draft of a novel -- and said that she wishes she knew exactly what to do next to be sure it would be published.

I wish I could tell her "exactly" what to do as well, but there's nothing exact in writing. It's a Herculean task at times, horrible and wonderful and indefinable. No one can step in and help, not really. At some stages, it's up to you...

And this succinct and thoughtful poem by the inestimable Kay Ryan fits right in as well: 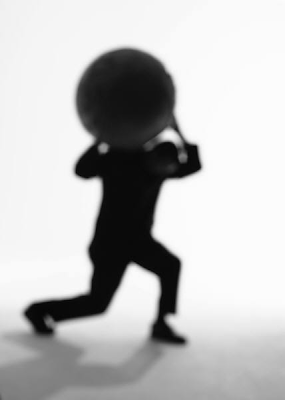 Extreme exertion
isolates a person
from help,
discovered Atlas.
Once a certain
shoulder-to-burden
ratio collapses,
there is so little
others can do:

... read the rest of this concise and meaningful poem here.

More of our poet laureate's goodies can be found here.

Poetry Friday is being ably hosted at Writing and Ruminating with poetess and princess Kelly Fineman. Don't miss her celebration of Kay Ryan, and Eisha's too. None of us have posted the same Ryan poem, imagine that!

A little SF/F news, via SFSignal: Our beloved British hottie, Patrick Stewart on baldness. Who knew -- Tor does podcasts! Check out their interview with David Lubar (THE CURSE OF THE CAMPFIRE WEENIES), and F. Paul Wilson. Both guys have new YA stuff out. Also plenty of John Scalzi (THE LAST COLONY), too.
Posted by tanita✿davis at 2:10 AM
Labels: Poetry Friday, Views

"self-imposed emergency" O Lord is that what we're doing? Congratulations to you for getting so far in your next big work!

I love Ryan's quote: "I like to think of all good poetry as providing more oxygen into the atmosphere; it just makes it easier to breathe."

Now off to check out that bald hottie...did you see PS on Extras, btw? Soooo funny. Hot as well as funny...I can hardly stand it.

Must come back later for Patrick Stewart (*swoon!), as I'm off to NYC for the day, like, now.

But I loved the poem you chose. Poor Peru. And massive congrats on your Ivory soap accomplishment!

I'm so glad she got made Laureate. She is so "succinct". Thanks for introducing me to another of her poems.

Love the Ryan poem, and want to read lots more of her work.

Congratulations on your progress! The poem you chose is perfect.

I can imagine the "isolation of the extreme exertion" of writing a book... all to create something very social and communal. Hmm.

Good luck with your second book project. I just picked up a copy of A LA CARTE. It's on my list of books "to be read" this summer.