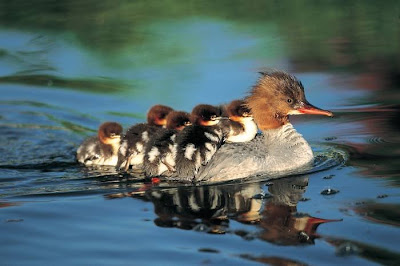 Issues of Class~
Sometimes it takes me awhile to get bothered about things, not because I don't have an opinion, but mainly because I know that what is said or done may be *bothering* me, but I can't articulate why. (That's really a great trait for a writer, isnt' it?)

The Horn Book's short blog piece I linked to yesterday about brand name dropping in YA literature really bugged me, because apparently many highly-placed industry people are okay with that practice. However, YA writers are not Judith Krantz. (Unless they are, and apologies to Ms. Krantz if she's written a metric ton of YA lit. I've missed.)

I strongly believe that name dropping contributes to the distortion in reality and panders to an upper class system to which most of us don't even belong. As it is, 'upper middle class' has many members nowadays only belonging by the skin of our teeth, and thousands of young adults and their families, as economic factors kick in, will lose even that dubious distinction, and be flat out poor.

This is not to say that I expect that we should all sit down to pen Dust Bowl memoirs because hard times are about to hit -- not at all. I just feel strongly that name-dropping and normalizing affluence in YA literature creates the wrong idea about young adult literature as a genre and gets far more attention somehow than novels pertaining to lives more ordinary. I find that it's important to me for a young person to read a book and be able to identify -- either to say, "that life is not like mine, but 'hmmm'" or, "that life is like mine, I wonder if I would have made the same choices." It just seems that this engenders much more reflection and discussion than novels larded with references to Chanel and other fashion names a reader may feel sheepish not recognizing. As always, it seems to me that a novel that name-drops is saying more about the author than the characters... but that may just be me being a snob, as books peppered with fashion labels and name-dropping might have perfectly deep and relevant plots and story lines and be written by perfectly self-effacing and modest people.

I just ...don't often find that to be the case.

On the other hand, Mother Reader's Summer Reading Club constantly discusses novels that they don't like because they're "too realistic." So, apparently there's a balance... I just haven't found it yet.

Okay... you've put up with me mini-ranting. Time for some cute overload. Ducks. Dumb, but so cute.
Posted by tanita✿davis at 1:22 AM
Labels: Random Notes and Errata, Views

If, by some freak of literary history, the namedropping works should become 'classics', then I fear for the poor children who have to figure out what, exactly, was meant by the reference to 'Chanel'. I'm remembering my own days studying literature, reading historical analysis of what the characters were supposed to have referred to, and finding it absolutely maddening. I can't imagine they'll enjoy it much more a few decades from now, learning about dead brands.

We are on the same wavelength! I'm planning to write about this very thing next week. My thought is that there seems to be a one extreme of the other situation. Either you have to name drop Chanel and go the Gossip Girls route or you're writing about extreme poverty in an inner city somewhere. I think that is the "realistic" part that people don't want in summer reading.

What about just plain old Middle Class heroines? Not inflated middle class - real honest to goodness middle class. I think the Murrays were always middle class in the L'Engle books and even the Austins although the father was a doctor (one car, normal clothes, vacation was visiting grandpa).

Why not just write about kids like that and maybe strike a blow to reduce our dependence on rich/celebrity stories of the week?

I like that, Colleen - I agree about the Murrays and the Austins. I don't recall any particular brand-name dropping, either.

I'd argue that it COULD be judiciously incorporated, though--IF it serves a purpose other than simply gratuitous consumerist whoredom. I can conceive of a story situation in which it might be relevant to include a brand name or two, especially with brands which have very particular associations to the vast majority of readers. However, even those are likely to become dated...