The World Without Airplanes

Airships, held aloft by the magically light, mango-scented hydrium gas, are the luxurious mode of travel for the über rich in Lionsgate, Paris and the world, and Matt Cruse is lucky enough to be cabin boy on the Aurora, the ship where once his father sailed on as sailmaker. There are no airliners in this world, and ballooning is a strange and fickle art that "modern" minds eschew. Cabin boy Matt spends his days running up to the crow's nest and staring out at the sky, running around and making passengers comfortable, serving 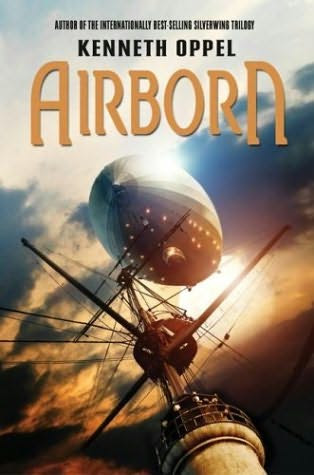 drinks, giving tours, carrying luggage, coffee and danishes; running, running, running until he drops, and dreams of a world in which his father not only still lives, but flies.

'Lighter-than-Air' Mr. Cruse is happiest in the Aurora, moving quickly and staying busy obeying the Captain and being a model cabin boy, but he aspires to a greater position -- someday owning and flying a ship himself. A heroic leap to save a drifting hot air balloon changes Matt's destiny. He has the Captain's promise that he will be promoted, but when that chance is lost due to political maneuverings and the clout of a wealthy airship owner, Matt burns with resentment and is more than ready for a change. The next thing he knows, he's met an heiresses, her cranky guardian, desperate men and strange creatures. Matt's mental skies are changing -- fast. Suddenly he wonders if his first loyalty should be to the ship on which his father died, and to the Captain under whom he served, or if he should take his chances elsewhere. Is it worth his time to obey the rules, or should he let it all go and follow his heart to adventure? In a short time, Matt is pushed to face that life isn't quite the way he's imagined it to be. There are beauties -- and ugliness -- beyond anything he's ever imagined before, but he and his friends have untapped wells of courage they could never have expected. A fast-paced, thrilling, unpredictable and riveting novel, you'll want to read this 2005 Printz Honor Book, Airborn, in one sitting.
Posted by tanita✿davis at 3:14 PM
Labels: Fantasy/Sci-Fi, Guy Appeal, Reviews