Occasionally (via Bookshelves O' Doom), things just come along and attack writers, prohibiting them from doing the most basic things... like, um... finishing books.

I, myself, am close to approaching the plane of panic, but not yet cool enough to be Cecil Castellucci and make up a cool dance and song about it. Dang.

Meanwhile, Saints & Spinners has the true story of Children's Books That Never Were, 2: The MISgiving Tree... hee! I wish I had the brainpower right now to participate in this; for now I only watch and snicker...

Again at Bookshelves of Doom, people in passing were commenting on how difficult it is to read books wherein the protagonist does something so... utterly... eeek, and the reader reads on with one hand over their eyes shrieking, "No! No! Nooooo!" Well. I have since discovered a fun - or not-so-fun fact. In my most recent note from SuperE, my editor (able to leap tall buildings in a single bound, is she), I have discovered that my personal cringing has apparently extended its tentacles right on into my fiction. SuperE has said that I must not resolve uncomfortable situations so easily. "Spend some more time with discomfort," she says.

Doesn't that sound like something a therapist would say? "Make friends with silence" or, like a spinning coach, "Let the pain be your friend." Ugh, and no, thank-you very much.

Sometimes I actually take my time getting to books to which everyone else has given great acclaim simply because the subject matter assures me that I am going to squirm, feel ill, both concurrently, or worse. I am not overly sensitized by sad or tragic stories, but I do tend to cringe from being ...embarrassed. I guess it comes from really liking a character and investing in them, and identifying with them, and then, if they do stupid things... angsting for them. Bizarre, no?

It is not reassuring that I wish to keep the world in neat lines, packaged securely, wrapped in tidy brown paper packages. There's no story in neatly wrapped packages... there is no ...anything there. Life is messy. Good fiction should also strive to be so, as good fiction reflects life... So. I am now going back to the sea of blue scribbles on my manuscript and will endeavor to ...suffer a bit for the sake of my art. The best ink, it is said, comes tinted with our blood, and

I want to frame their dreams into words; their souls into

I want to catch their sunshine laughter in a bowl;
fling dark hands to a darker sky
and fill them full of stars
then crush and mix such lights till they become
a mirrored pool of brilliance in the dawn.

-Margaret Walker
(And wasn't she brilliant? This poem she wrote when she was only nineteen years old...)

Writing is, mainly, as easy as breathing, except when it isn't... except for the days when it is impossible. I know that I am stubborn, but I guess passive-aggressiveness isn't going to get it, this time. Farewell... I boldly go seeking angst, anger and conflict.

(This concludes the Panic & Hysteria portion of this post.)

Meanwhile, in a vain (but lovely and amazing and quite pleasant!) attempt to forget just how much work I have to do, I sat down and read eleven books during the course of various gatherings and duties this weekend. In one of them, I rediscovered one of my other favorite Our Jane poems,

Why Dragons?
==========================
The smoke still hangs heavily over the meadow,
Circling down from the mouth of the cave,
While kneeling in prayer, full armored and haloed,
The lone knight is feeling uncertainly brave.

The promise of victory sung in the churches,
Is hardly a murmur out here in the air.
All that he hears is the thud of his faint heart
Echoing growls of the beast in its lair.
The steel of his armor would flash in the sunlight,
Except that the smoke has quite hidden the sky.
The red of the cross on his breast should sustain him,
Except -- he suspects -- it's a perfect bull's-eye. 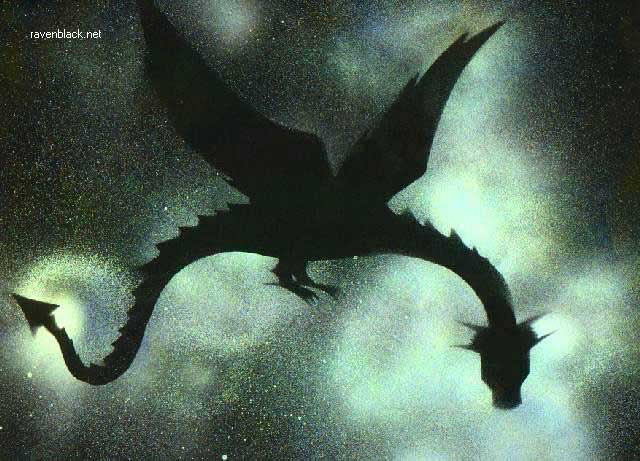 The folk of the village who bet on the outcome
Have somehow all fled from the scene in dismay.
They'll likely return in a fortnight or longer,
He doubts that they'll be of much help on this day.

And then -- with a scream -- that fell best of the cavern
Flings its foul body full out of the cave.
The knight forgets prayers and churches and haloes
And tries to remember just how to be brave.

The webs on the wings of the dragon are reddened,
With blood or with sunlight, the knight is not sure.
The head of the beast is a silver-toothed nightmare,
Its tongue drips a poison for which there's no cure.

He thrusts with his sword and he pokes with his gauntlets,
He knees with his poleyn, kicks out with his greave.
He'd happily give all the gold in his pocket
If only the dragon would quietly leave.

There's smoke and there's fire, there's wind and there's growling,
There's screams from the knight, and his sobs and his cries.
And when the smoke clears, there's the sound of dry heaving
As one of the two of them messily dies.

Of course it's the knight who has won this hard battle,
Who wins in a poem beaten out on a forge
Of human devising and human invention.
BUT:
If there's no dragon -- then there's no Saint George.

You will be fine. Work through it! Pour water on that glue and make it mushy. :)

"Spend time with discomfort" could be the tagline for a feminine hygiene commercial.

I pitched one aside this weekend because the protagonist makes the wrong choice and it's unbelievable - it doesn't feel true. And there's nothing worse than reading something untrue. 25 pages in, and I know that I'm not reading any more of it, nor of its sequel.

Your characters and their decisions are true ... you just don't fully examine the wound, peel back the bandages, and linger to pick the scabs.