Once more with the soapbox, then I promise I'll step off...

...from the article first seen in the Wall Street Journal
"...Many publishers think that teens like to "read up," which means that they don't want to shop in a section of the store focused on teenagers. Yet retailers say their young-adult sections are pulling in the kids. Their offerings often go beyond the formulaic. Craig Schiff, an 8th grader in Larchmont, N.Y., says he has bought and read such books as Watership Down and Lord of the Flies, in young-adult sections. "I'm not reading books about teenagers," he says. "I like good books."

Suffice it to say, I'm still not sure how to take that. 'Often' go beyond the formulaic? Often?

Ypulse, the YA media and marketing site, has responded to the article about how YA lit is shaped and targeted. As an author of a marketing text and the hopeful future author of a MG novel, the author says, "I want to just write [it] as if I'm writing the best book I can write (if it ends up appealing to more people, great), and not write to a specific formula." This seems to indicate that Mr. Trachtenberg's Wall Street Journal article on Larry Doyle is being taken seriously by more than one potential novelist, and is being processed with mixed emotions.

It needs to be said that YA writers are NOT some Stepford-ed word-processors freaks dancing to a hidden marketing tune. I mean, I have my fears about working through my final edits -- everyone does, because it's hard to see your work challenged and questioned, and we none of us want to give free rein to someone who believes that they know the market better, that they know our story better, that they know YA better than we. Everybody wants to write the best book they can write, and I believe that can be achieved by writing and publishing with YA houses, trusting our editors and their marketing staff, and continuing to think and observe and participate in the process.

I guess this whole thing has really pushed my buttons because I'm to the point in my editorial process where soon I'll be hearing marketing decisions that may not be what I think is best for my book... it's at this point that the work goes from being "my book" to being a team effort and the partial intellectual property of a publishing company. It is scary, no joke, but even as I say this, I find myself having to defend a process about which I'm usually fairly grumpy and hostile, because calling it a straight-out formula simply isn't fair...

Okay. Enough with that.

A shirttail relative of this topic is the conversation over at Blue Rose Girls about compromise. How much of what we write, as YA authors, are we willing to give/take with -- for the sake of our readers, if not our editors or the marketing/publishing world? For those who think that YA fiction is written by formula without thought, I'd be interested in hearing how they would work out that compromise... some things - a very few, but some things don't come under the heading of YA literature. If your editor is asking you to change them, are they "shaping" you? Hm...

Meanwhile, there's still hope for publishing. Dewey the library cat will be immortalized in his very own book...(and you can bet that Knute the Polar Bear will soon have a book of his very own.) The American Booksellers Association has announced its Booksense Books of the Year. Not a whole bunch of surprises there, as The Book Thief rolls in to collect yet another well-deserved prize. Finally, NPR reports the last of the fictitious post-apocalyptic series, Left Behind is released, and I'm sure it will be coming soon to a theater near you.

My smile for the day came from Saints & Spinners, and the amusing editor's letters from Children's Books That Never Were. Gleeful librarians come up with all sorts of stuff in their spare time!

The Poem du Jour is s from YOU HEAR ME? Poems and Writing From Teenage Boys, edited by writer and mother of boys Betsy Franco, and put out by Candlewick Press. This is a.) for YA'ers, and b.) it's written by a boy, a Marcel Mendoza, who was sixteen at the time it was written. Poetry in many high schools is a girl thing - this one is not. 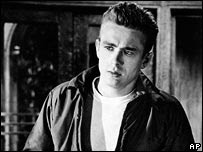 Thanks for the shoutout!

You're VERY welcome, and I love your site!

I'm so glad. I enjoy your site, too. In case you're interested, here is another post for Children's Books That Never Were: