Burying Her Head in the Sand

Ellen Wittlinger has created a novel of painful reality. Sandpiper Hollow Ragsdale thinks it's bad enough having a weird hippie name, but she's got a reputation to go along with it. No offense, but she's kind of a slut... not so much lately, but it's what people think, from her history of getting physical with guys for a day or two, and then dumping them for the next one. She's only doing what all her other friends used to do... the problem is, she wants to stop, but she isn't quite sure... how.

Her parent's don't really suspect how she lives -- mainly because her mother is all caught up in her own upcoming wedding, and her father -- well, he can't look at her anymore, not since her 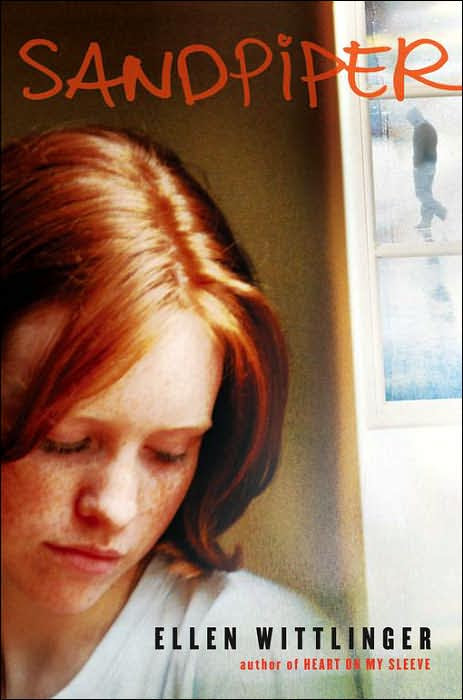 bust has developed -- really developed. Sandpiper knows she's attractive, but instead of being able to use her looks, they're using her... and they're adding dangerously to that horrible reputation. It's harder to get rid of than she thought... since it seems like other people aren't ready to let it go. Certainly not Derek and his two rock-headed friends, who suddenly show up wherever she is, talking crap about her, throwing rocks at her cat, and threatening her little sister. She didn't mean anything when she was with them, okay? So, why are they taking it -- and treating her -- so badly? Only one person seems not to see Piper - either in a good way or a bad way -- her friend the Walker. But he has demons of his own.

When everything falls apart for Sandpiper, the question ringing in her ears is Did I deserve this?

Wittlinger's fresh, original poetry gives this pieces a lot more emotional heft, especially Sandpiper's upwelling of painful bewilderment at feeling rejection from her father. The storyline of the Walker, to my mind, is an unnecessary and confusing addition to the novel which obscures the issue of a girl and her parents and the relationships that was intended to be in her life to give her strength. I felt that Sandpiper was just as obsessed with the Walker as she was with the heady rush of power she felt when she first started off with a boyfriend, and that emotional imbalance was never fully explored or explained. Still, this is an excellent book on a topic that few people care to broach, and readers who don't mind frank discussions of serious topics will come away thoughtful.
Posted by tanita✿davis at 12:59 PM
Labels: Girls Fiction, Realistic Fiction, Reviews