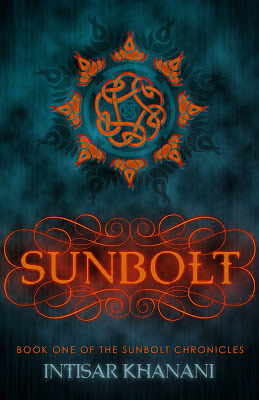 Reader Gut Reaction: When I got to the end of this one, I found myself feeling like I'd reached it too soon. I wanted MORE. And then I remembered: this latest book by indie author Intisar Khanani is conceived as a serial novella project. At that it succeeds admirably—and at being another absorbing, unique story from the author of Thorn (reviewed here), a book Tanita and I both felt was a self-published gem in an often oversaturated and chaotic domain (i.e., YA fantasy). So, we want to bring some focus to those deserving indie books that we feel ought to have a wider audience, and I'm thrilled that this is another one.

Sunbolt, which is the first book in the Sunbolt Chronicles, takes place in the Eleven Kingdoms, a fantasy setting that is in some respects very traditional high fantasy, but in the details, much more reminiscent of the colorfully varied nations in Tamora Pierce's Tortall books. The kingdom of Karolene, where our main character Hitomi lives, is an island, and in the opening scene we're brought to a thriving bazaar full of fortune-tellers, tea vendors, coconuts for sale, and—unfortunately for Hitomi—soldiers who serve her nemesis, the Arch Mage Blackflame. The action ramps up quickly, the pacing perfect for a story of this length, and soon we find out that Hitomi serves the Shadow League, an underground group devoted to fighting the power-hungry Blackflame. Her activities with the League—in combination with the secrets she herself holds—lead, of course, to trouble, and mayhem, and kidnapping, and betrayal, and scary monsters, both human and not-quite-human.

Concerning Character: Hitomi's immediate appeal for me was that she's a strong heroine, introduced as kind of a misunderstood troublemaker: clever and streetwise, good at heart, but fallen on hard times. But then, living an elusive life on the streets and in dingy shared apartments is better than being discovered for who she really is: the orphan daughter of powerful mages who trained her in secret. She's easy to sympathize with, and her voice is vivid and immediate, so that we're plunged right into her story.

The rest of the cast of characters are also intriguing, and I can't wait to learn more about them in future installments: her shape-shifting friend who turns into a tanuki; the mysterious young leader of the Shadow League; the frightening breath-stealers and fangs and lycans who populate other kingdoms. Together, the different kingdoms' races provide a new and refreshing take on the vampire/werewolf tropes of exceeding popularity nowadays.

Recommended for Fans Of...: Fantasy tales with an original take on the idea of vampires and werewolves, that take place in a world like but not-like our own: Sunshine by Robin McKinley comes to mind (one of my fave books). Also, fans of YA fantasy with strong female protagonists, such as Tamora Pierce's books, or the Graceling trilogy by Kristin Cashore.

Themes & Things: One of the things I love most about fantasy is that a quest to do one thing is really about another thing, and that other thing is usually self-discovery. Hitomi's determination to fight the Arch Mage who killed her parents begins to lead her on a long journey that reveals more about who she really is—and where she comes from—than she ever knew before. Along the way, of course, she is tested sorely, but learns that she is capable of far more than she ever thought possible. The hero's outward journey and inward journey reflect and inform one another, and that's the case in this intriguing first volume, with the hope of both journeys ramping up and getting even more thorny and exciting in future installments. 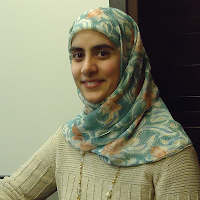 Cover Chatter: Khanani has some truly excellent book design—Tanita and I both thought the cover of Thorn was well done, and Sunbolt couldn't be more perfect. The complementary color scheme looks great and the patterns and curlicues forming a sun shape are gorgeous. I love how the whole thing seems to GLOW. Plus, I like seeing the occasional cover without teenage humans on it. Kudos to designer Jenny Z.

You can find Sunbolt by Intisar Khanani as an ebook on Amazon, Barnes & Noble, or Kobo.

Some more Linkage:
Add Sunbolt on GoodReads
Connect with Intisar on Facebook
Intisar’s Website
Our review of Thorn

Thanks so much for your review of Sunbolt! I'm so excited and honored that you enjoyed the story. I had a lot of fun writing it, especially developing the cast of characters (the tanuki-shifter may only be around for a few chapters, but he's one of my favorites and will definitely be back!).

I absolutely loved McKinley's Sunshine as well! And I'm a big fan of Pierce's Tortall books... I guess it shows :)

Thanks for taking the time to read and review Sunbolt!

This is me going, "La, la, la!" and not reading your review until I get a chance to read this on my own.

I still LOVE that cover, though, and I can see being excited about the sequel already - I usually am, and it's SO HARD to wait!

@Tanita - LOL! I would love to hear what you think of Sunbolt when you do get to it. And I'm really excited that Jenny will be doing the rest of the covers in the series; this cover is made of gorgeous (not that I'm biased or anything). :)