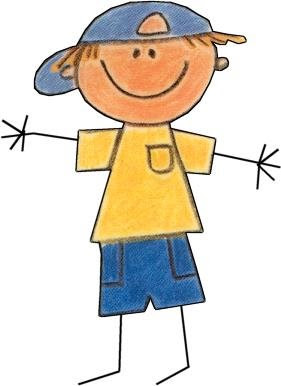 Mug shots. Probably not the nicest way of saying it. But ...okay. I said it anyway. Mug shots: those senior portraits.

I mock because I love, but I'm not doing it.

No, I have to ...think about it. But Jay (and Robin!) of the Disco-ing Mermaids have once again thrown down the peer pressure, so the rest of us must assemble our high school geekesque selves and post our senior pictures. Betsy Bird has shown us the way, as has Sara -- looking wholesome and sweet (why, yes, like granola, Sara!), and really, Jay and his bad boy guitar and Robin with her fluffy hair are adorable. I stole my friend Dan's sweater for my senior picture, and it LOOKS like it. Plus, my chin is all weird. SO, no, I'm not posting mine, although I just looked at them this weekend. *shudders.*

Okay.
Now, I ...I... MotherReader, can you hear me? I'm going to have to get out the BACA stamp and put on my kickers. What IS IT with these autumn titles!? And Doret, his HEAD IS ON THE COVER.

"It's something that as a father you kind of have to sacrifice what you want to do, because boys do what you want to do. If I want to go to the farm and shoot guns or ride four-wheelers in the mud when it's 40 degrees ... the girls aren't really interested in doing that," he said.

But McGraw said he's found that his daughters like coming along while he does simple, everyday stuff, like running to the grocery store or stopping by the office.

Tim McGraw, talking about his daughters and his children's book: My Little Girl.

Perhaps it would have been better if he'd put in My Stereotypically Simple Little Girl. Or, maybe, just.. you know, The Little Woman.

Tami Lewis Brown and Liz Gallagher are exploring horror at the Tollbooth. And Cynthia L. Smith is being interviewed on GottaWrite Girl. Check her out.
Posted by tanita✿davis at 1:14 PM
Labels: Random Notes and Errata, Views

Okay, you must post a picture!! PLEASE, he says while groveling.

And as for Mr. McGraw, how much of the book do you think he actually wrote? (Did you notice his wife wrote the forward?) YUCK!

Come on, now. You can't describe that borrowed sweater and then leave us hanging. Post it AND a cartoon. I dare you. :)

I posted mine, so now you HAVE to post yours!!

Thanks for linking to the Tollbooth!

Cynthia Leitich Smith will be stopping by to discuss Tantalize and its universe at some point during our two weeks of horror talk. Yay, Cyn!

When the book Strong Fathers Strong Daughters is revised, parents should be warned against buying Mcgraw's My Little Girl.

Mrs. Spangler in the Middle said...

Hello - I was just wondering if the stick figure boy belongs to you or is he public domain?

Mrs. Spangler in the Middle said...

Sorry I should have left my e-mail address for a reply: