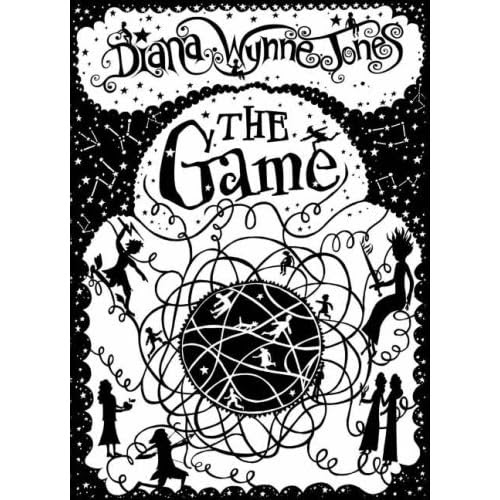 Hayley Foss would just like to know what made her Grandmother so mad.

But, it's not like she's going to find out anytime soon. Hayley is hardly let outside, her Grandmother is so strict. Her own parents have died, and so, Hayley is ...stuck.

Grandfather is lovely, but too preoccupied with his work. Sometimes he goes away for a long time to "see his other family" and Hayley is miserable without him. Fortunately, he's really very good about letting her wander in his office when he's home. As long as her hands are clean, he'll explain things or tell her a story, and once he told her about something fabulous -- the Mythosphere. And it got them both in a lot of hot water with Grandmother.

Grandmother hasn't ever really been fond of her, but Hayley's pretty sure that the real trouble between them has something to do with Flute and Fiddle, the two friends of hers that she meets one day when she's out with the maid. Because of them, she's packed up with not a word spoken, and sent to live with a passel of aunts and cousins -- and not one uncle around.

Browbeaten, meek Hayley, with her prim dresses and shined shoes, is really out of place amongst the welter of cousins (especially nasty Tollie), but Cousin Troy and Cousin Harmony are on her side, and they allow her to play The Game.

NONE of them are supposed to be playing. Wandering the multiverse of the Strands and playing in the Mythosphere is strictly prohibited, but Hayley's a natural. And no wonder -- just about everybody in her family is good at this game -- really, really, really good at it. And along the way, Hayley starts learning some family secrets. One is that Uncle Jolyon has told her the biggest lie in the world. When Hayley finds out the truth - it changes everything.

I can't tell you any more without giving away too much, but I think you'll have as much fun figuring out what's going on in Hayley's world as I did. The Afterword at the close of the book will help clear up any lingering questions. Though I wish the novel had been a little bit longer, and not have tied up so quickly and easily, I find that's my reaction to just about all of Diana Wynne Jones' books. There's never enough story!

Buy this book from an independent bookstore near you!
Posted by tanita✿davis at 6:33 AM
Labels: Fantasy/Sci-Fi, Middle Grade, Reviews

It's funny how, even though her books aren't short by any means, you just end up craving more and never wanting to leave that world...