Gearing Up for Fall 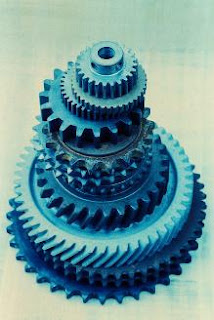 There are so many exciting kidlitosphere goings-on right now, I can hardly stand it. Besides TadMack and I gearing up for the WBBT in November, I'm also getting REALLY excited about the Portland Kidlit Conference in a couple of short weeks. I'll be doing my best to represent for FW and RR, and I'll also be helping Jen Robinson and Interactive Reader Jackie with a session all about the Cybils. If you're interested in the Cybils and planning to go to the Kidlit conference, stop by the session for an overview of the awards process and helpful hints for panelists and for people who just want to spread the word.

Another cool thing going on this fall is National Arts and Humanities Month, sponsored by Americans for the Arts. Granted, I know we all deserve more than a measly month, but I do like the idea of making arts and culture extra visible for a little while.

Now that I've finally finished reading Breaking Dawn, I felt like I could read the Smart B's post that TadMack linked to without fear of spoilers. Turns out there weren't really spoilers, but it was such a great post that I wanted to link to it again. Thanks to SB Sarah, I now have a new theory: the reason why Bella is so addicted to Edward is that he is, quite literally, MADE OF CRACK. It's what makes him so sparkly.

Since I'm done with vampires for the time being, I'm making an effort to get caught up with Miss and Doctor Manette, the aptly named Jerry Cruncher, Mr. Jarvis Lorry of the Ambiguous Motives, the chocolate-obsessed Monseigneur, the sneakily freedom-fighting Madame Defarge, and the rest of the Tale of Two Cities cast of characters. I'm finding myself a lot more taken with Dickens' sense of humor now, but similarly frustrated at the rather excruciatingly slow pace, though I can appreciate his eye for detail. Every single detail.