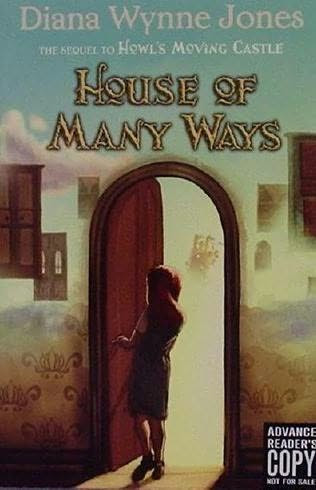 It might seem selfish to you, but if you had a book you wanted to read, you'd understand. Charmain Baker has a book she wants to read. So, if everyone would leave her alone? That'd be really cool. The one thing Charmain wants to do in the world is work in the King's library. If she can't do that, she'd rather read at home, thanks.

Unfortunately, no one's even consulted Charmain on what she wants. Her mother has been railroaded by an obnoxious aunt into sending her to house-sit for Great Uncle William, who in real life is the Royal Wizard Norland, while he is away dealing with a serious illness. Mrs. Baker thinks magic "is not nice" and isn't at all excited about the prospect of her daughter doing something potentially ...shady as keeping house for Great Uncle William. Charmain, though, is pretty useless for doing anything in the world except for eating and reading, and though this fact has escaped her parents, Charmain's aunt is sure her lazy temperament would be improved if she had to help someone else... so off to the Wizard's house Charmain is sent, and soon the medical Elves come to take her great uncle away. Charmain's on her own... and of course, true to form, everything immediately goes wrong.

On the up side, Charmain braves sending a letter to the palace and applies to be the librarian -- and gets the position! On the down side, the house is apparently miles and miles huge -- and it goes... different places. If you turn left out of one door, you might not ever get back! And kitchen at the wizard's house is a disaster, the laundry is breeding -- literally -- the living room is filling with suds from the fireplace, there's a dog and a boy wandering through, the angry kobolds are on strike, and a MASSIVE insect is threatening to eat her.

Fortunately, the palace library is nice and quiet and orderly... and then everything goes wrong there. Fortunately, the competent sorcerer Sophie and her babies are there to help... or, not, as the case may be. Those babies are totally out of control.

This is the third novel in Diana Wynne Jones' Howl's Moving Castle series, but it's not quite all about Howl as we know and love him. He's up to his usual nonsense, but it takes awhile to figure out where he is -- and why. Charmain Baker may not strike readers as easily lovable as Sophie Baker, but she grows on you. The novel sets up a brisk pace, as a series of calamitous and crazy things happen -- classic for any of the Howl novels -- and you'll have to really pay attention to catch everything! Calcifer, Howl and Sophie are fab, and there's an optimistic ending where just about everyone gets what they want.

Buy this book from an independent bookstore near you!
Posted by tanita✿davis at 6:56 AM
Labels: Fantasy/Sci-Fi, Humor, Middle Grade, Reviews