Poetry Friday: What Defines You? 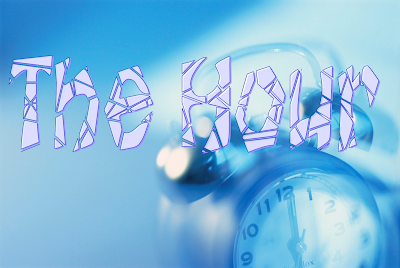 I remember watching the movie The Hours, and watching a woman figuratively drowning. It was the most terrifying imagery -- water rushing in and filling the room where she lay on the bed; water climbing the wall, closing over her head. Even when it wasn't visible, the pull of the waves sapped the strength in her legs and dragged at her, making her life unbelievably heavy. The water -- and oblivion -- called to her.

I first read this poem last November, and its words have reverberated since, as clearly as the roar of tides. No matter what side you land on in terms of his political writings (the poet is primarily a political essayist), the man's poetry is arresting and brilliant, as he puts words to the silent struggle for balance and sanity. So, anyway, this poem is for Kel and Jennifer, who can walk on water.

Maybe the moment recurs daily at six, when commuters,
freed from the staring computers,
elbow and bump in unsought intimacy on a station
platform with you, and frustration
rots what is left of your strength. Maybe the hour comes after
dinner, when televised laughter
seeps from a neighboring room; maybe the time is the dead of
night, when you ponder, instead of
dreaming. Whatever the time, you will escape it—by sinking
down with a book, or by drinking
secretly out in the dark studio, or by unbuckling
pants on a stranger, or chuckling,
one with a mob, in a deep theater. Soon, though, the hour
comes to corrode all your power,
pleasure and faith with the damp dread that it daily assigns you.
How you evade it defines you.

Poetry Friday this week is hosted at the bookish Becky's blog. Poetry Princesses: the countdown begins!

And onward to more mundane but no less exciting items: This is the week for cover girls. Mitali's Secret Keeper has enviable eyelashes, and John Green's Paper Towns has two covers with the same gorgeous girl -- one subtly ...well, dirtier, thus targeting a difference audience. (Which audience are you if you like a girl with smudges on her face? Inquiring minds now want to know the plot.)

Finally, SB Sarah asks a brilliant question over at Smart Bs/Trashy Bs that has resonated with me both as a writer and as a reader: does romance in novels influence the way readers view relationships? Do YA's expect to find guys who make snappy comebacks like in Nick & Norah's Infinite Playlist? Do guys expect to find girls who are somewhat passive, like Stephanie Meyers' Bella? This post combined with the poem really made me stop and think... and think some more.
Posted by tanita✿davis at 2:05 AM
Labels: Poetry Friday, Random Notes and Errata, Views

Ah Lord that poem terrifies me. Do we all really face that hour? Does it say that much about me, how I struggle against it... fail... sometimes remember the right strategy.. cry out or weep?

What skillful writing... In so few words, he puts a finger on so many pulses, so many versions of "the hour."

Not the kind of poem that lets a reader off the hook!

Powerful poem. Luckily I can escape its creepy grasp on me by reading. Hold it, was that the point?

I've already had that hour today, and it's just past noon.

You need to offer counseling with this one. Holy smoke. I'm struggling to think how I can respond to this.

As to the Paper Towns covers, I like either of them, but I don't really like seeing them together, if that makes any sense at all. It makes me feel a bit...manipulated.

For some reason this poem reminds me of the beginning of Prufrock and the "evening spread out against the sky..."

I didn't remember that scene from The Hours, but liked that movie a lot.

Brilliant beyond brilliant. #1 reason I love Poetry Friday - I get to read poems that blow me away that I would never have found on my own.
THANK YOU.
My favorite poem of this Friday.
Depressing and gritty. Just how I like my eggs.

I don't see very much of that hour. I must be doing something right, but I'm not sure I want to think about it too hard...if I look at it too directly, it might evaporate.