There is a...thing we did in junior high. We took the name of our first pet and paired it with our mother's maiden names, and voilà, -- we had a "professional" name. You know, for that euphemistic "oldest profession?" 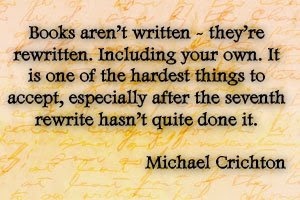 No one knows why we did that, but, Gwenda found something better -- a pen name generator. Who hasn't wanted to write something anonymously? I sometimes wish I'd chosen to do that -- but apparently it's something writers do when their careers are flagging -- who knew? If I ever break the mold and start writing SF bodice rippers (Of course, in space, would your bodice rip?) you can bet I'll come up with a suitably spicy nom de plume like Vivianna Isabella Tentadore. (Be on the lookout for that one!)

Via SF Signal, the somewhat elusive Ursula K. LeGuin reads from her latest novel, Lavinia, and talks about how she decided that she really ought to "get to it" if she was ever going to learn Latin in her lifetime. NPR interviewed this author last week, and revealed the preparation and research she undertook to write this novel. First, she retaught herself Latin. Then, she read The Aeneid -- in the original Latin. You can read an excerpt of the book there, and another one at The Wall Street Journal's Art section.

This book has received a starred review from PW, and the reviewer says, "It's a novel that deserves to be ranked with Robert Graves's I, Claudius." Our Lady LeGuin is seventy-eight.

Were you planning on learning Latin, too? Get to it, then.

Okay, this is also high in the category of Work Avoidance: Extreme Makeover for Spiders. Via Mangesh @ mental_floss, we see an artist collaborating with spiders on web decor. They mostly unraveled her efforts and threw them on the ground (likely with looks of disgust in all eight of their eyes) but it's kind of cool. The idea that the spiders came back to what looked like abandoned webs and basically Just Said No to her artistic license is my favorite part! I wonder if it was merely territorial, or they just didn't approve of red thread?

"It is unlike any maternity clothes on the market." Another entry for the Most Egregious Misuse page? Yes, but it's not the only one. Via Fritinancy, the naming blog, I've discovered Acne Jeans. Yes, people: acne. As in spots, zits, or any other name for the embarrassing and life-altering facial eruptions that stalk our adolescence, and if you're like me, your very, very, VERY late second adolescence-also-known-as-adulthood. Are we forgetting the basic meanings of words, in the quest for advertising dollars? Why yes, as a matter of fact, yes, we are... Acne Jeans. Wear them, and go right back in time to the worst days of your life. Whoo! Fun!

All right, enough malingering. Back to what seems like the sixteenth revision of this particular tale. Cheers!
Posted by tanita✿davis at 1:09 AM
Labels: Random Notes and Errata, Views

Now, what kind of book is she writing?

P.S. "Vivianna Isabella Tentadore" made me laugh out loud.

P.S. Again -- Ever generated your blues name? That's fun, especially 'cause one of the names gets to be a disease.

Okay, now you've got me going, Jules.
I found a hobbit name generator (I'm Bramblerose Loamsdown), an Elvish name generator (Eámanë Ancalímon), and now I've got a blues name: Astigmatic Pineapple Carter. I also found my Peculiar Aristocratic Name, which is so useful here in the UK, Empress Tadmack the Ineffable of Kesslington under Ox.

I swear I'm going to use that one somewhere...

And finally, should anyone else want to generate a blues name? Here's how:

You DO sound like the author of obscure naval histories, Tanita :) Your made up name is WAAAAY better.

Bowlegged Peaches Lincoln. Hmmm. I'd don't know. I'd have to wail with the sax preeeety good to live that one down.

Now Lloyd N. Reepacheep, I like. No idea what he'd write, but I'd buy his books for the name alone. :)

Myopic Raspberry Polk. No, I don't think so.

But the blues-name formula did put me in mind of (1) Bleeding Gums Murphy (RIP) on The Simpsons, and (2) Dave Barry's classic "[I'm in Love with a] Proofreading Woman," which is more of a calypso than a blues, but still:
http://tinyurl.com/47cd2a

Thanks for the link!

There's just no point in choosing a literary pen name when my middle name will have to be Puff.

However, I do play a mean harmonica as Scurvy Lime Fillmore.

I'm not faring too well.

Aristocratic title: Lady Eisha the Sage of Giggleswich Lanken. And my hobbit name? Pansy Danderfluff. Serious. And I thought Eisha was hard to pull off.

I'm having Eisha's problem with the pen name--Snowdrop just doesn't cut it unless I have some weird goth-y sounding first and last name.

Blues name, though--how about Restless-Legs Clementine Taft? I kind of like it. Maybe THAT's my pen name.

I caught part of that NPR interview with Ursula LeGuin, by the way, and got to hear her recite a bit of Latin--very cool!

How did you people end up being Pansies and Danderfluffs and Snowdrops when I am a Bramblerose?! Does Gandalf know my real heart???

Okay, someone needs to take Jaundiced Kumquat Carter. And now we need a band, kids...

The Very Reverend David the Insouciant of Heffton St Mallet

No elves or hobbits - apparently the site's gone down. Sigh.

Oh I can't take it. I am not following up on this conversation 'til now, but I am being greatly rewarded.

Eisha, I'm so going to call you Pansy Danderfluff from now on.