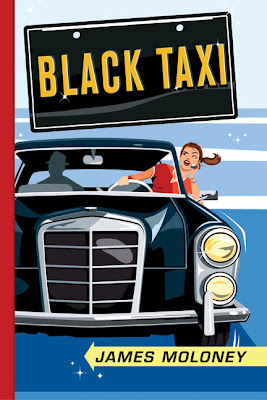 "Wherefore Art Thou, Teen Detectives?" was Colleen's plaintive query recently at Chasing Ray. It's a good question, actually. Where are the great mysteries for teens and young adults?

There are myriad mysteries for middle grade readers. Remember Donald J. Sobol's Encyclopedia Brown books? I loved those because they always surprised me. Some of my more recent MG mystery favorites are Nancy Springer's Enola Holmes series, which I adore. Endymion Spring is so involved that it could have interest for older readers, but the age of the protagonist puts it squarely in middle grade territory, ditto for lovably loony psychic investigator Miss Gilda Joyce.

My only exposure to classic young adult mysteries outside of the Nancy Drew/Hardy Boys tradition has been Joan Lowery Nixon, whose mysteries were cozy and somewhat predictable for me, but at least depicted strong female characters who did things. Canadian author Graham McNamee's 2003 novel, Acceleration, is classified as a mystery, but much of the action and the emotion takes place in the character's head, also making it a psychological thriller. Pitching this question to my writing group brought up the name Nancy Werlin, also known for her psychological thrillers which delve into the darkness of the human psyche. Again, a thriller isn't exactly a mystery, at least not by definition.

To me, a thriller is like... let's say it's like the game Jenga. You already have all the pieces, it's just a matter of trying to carefully delay the tower of facts all falling down on your turn. A mystery is more like a two thousand piece jigsaw puzzle -- without the box lid. You've also got everything in your hands, but... how does it all fit together?

Sometimes I'm not in the mood for the hard work of figuring out whodunnit and can't deal with the high level of anxiety created in psychological thrillers. It's then that I turn to my favorite frothy mystery, Black Taxi, by Australian author James Moloney, which uses both elements of suspense and mystery with a little comedy on the side.

Rosie Sinclair left school to be a hairdresser like her leopard-print wearing Mum, but at sixteen, she's back, because it all fell apart. Her beloved granddad, whom Rosie admits is "just a bit bent" has gotten busted on the last job of his 30 year petty crime career. His inevitable arrest means he's entrusting Rosie with the keys to his gorgeous classic black Mercedes, and his cell phone. Of course, Rosie is thrilled. Sure, sure -- okay. He's left her with the responsibility for chauffeuring around all his geriatric friends, and the phone is ringing off the hook with the querulous demands of the 'wrinklies,' but the car is awesome, and the guys it's attracting are hot.

But Grandpa Larkin is a well-known crook, and someone else has the number to his cell -- someone who is threatening bodily harm to Rosie and her grandpa, if she doesn't return 'the ring.'

What ring? Rosie wonders. And then the real fun begins.

This novel was possibly not as well received in the U.S. because Rosie is considered a high school dropout and her best friend, who is two years older, is an exotic dancer. This is unfortunate, since the Australian educational system, which releases sixteen year olds from compulsory education who don't wish to go on to University, doesn't label them 'dropouts' at all. I actually read a review that named Rosie's best friend as a prostitute instead of an exotic dancer -- which is patently false, and shows that the reviewer either did not read the book, or read FAR more into it than was written. While Rosie is definitely not polished and demure, the friendship shown between she and her best friend is true and solid, and the novel is entirely G-rated. Best of all, the decisive and funny conclusion will make you cheer. The mystery itself isn't that taxing, but there are some surprises, and the lightweight storyline moves quickly. This is definitely a Wicked Cool Overlooked Book.

Now that Colleen has asked the question, I'm going to be looking around for more really good young adult mysteries, and encouraging a few people in my writing group to, for heaven's sakes, FINISH THEIR BOOKS. *cough*
Posted by tanita✿davis at 3:36 AM
Labels: Reviews, Wicked Cool Overlooked Books

A G-rated Australian mystery = BRING IT ON!

I want this!! Thanks for bringing it to attention.

And I'd forgotten temporarily about Gilda Joyce, but I do really love that series and need to get caught up on those.

I used to read a lot of Agatha Christie as a younger teen--I really used to like the classic whodunit. I liked Joan Lowery Nixon, and I also read some adult authors like Linda Barnes.

Is that not the best cover??

I read Agatha Christie as a teen, too, and felt not one bit weird about it. Even though most of her detectives were old, old, old.

a. fortis: I liked Joan Lowery Nixon's books too. Did you read Lois Duncan? Loved hers.

Tanita: YES! This book is available at the library! I requested it after I read this post yesterday. :)

I'll see if the library has this book, as soon as the catalog comes back up again. I'm usually not a fan of mysteries unless they're sequestered into my stories under different guises. What a drag that the reviewer called the friend a prostitute instead of an exotic dancer. :( That reminds me-- I read a YA story years ago in which the main character's mother became an exotic dancer. (Was it Confess O Rama, by Ron Koertke?)

This is perfect for me. I have a thing for Aussie authors and I love mysteries. I'll be ordering this soon.

Read it today. Liked it. I'd read another book about her. I'm fairly straightforward.