You can find an excerpt of this fabulously well-received book here. We're so grateful that Ying took time out of her busy schedule to talk with us about her passions -- food and books.

Finding Wonderland: It was scary to discover that this book is somewhat biographical, and is based on your memories of growing up in Wuhan, China in the 60's and 70's. How alike are you and Ling, the novel’s main character? How are you and your character different? 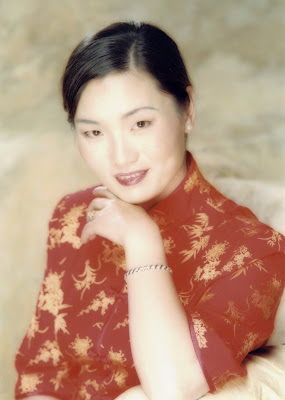 Ling’s childhood experiences are similar to my own. I was about Ling’s age when my family got caught up in the events of the Cultural Revolution. For this reason, developing Ling’s character was the easiest part of writing this book.

Other similarities: My parents were doctors, and my father was a surgeon trained by American missionaries. I was very devoted to my father, but always had a somewhat strained relationship with my mother, so my father was the person to whom I felt closest. He understood me and accepted me for who I was. Like Ling’s father, my father was forced to work as a janitor in the hospital, and then imprisoned in the city jail. He treated all of his patients with compassion, even those who had persecuted him. Many characters and scenes in the book are inspired by people I knew and events I experienced and witnessed.

The differences: I have two elder brothers. The character Niu is based on of one of my brothers and a neighbor boy who lived upstairs. At the height of the Revolution, one of my brothers announced that he drew a class line between himself and my Father. I can still remember how confused and angry I was and how hurt my parents were.

FW: Where'd you get the title of your book?

"Revolution is not a dinner party," is a quotation from Chairman Mao. When I was young, I didn’t understand its true meaning. Only “Dinner party” stuck with me. I thought that a dinner party would be nice! We hadn’t had one in a long time.

It was only when I was older that I truly understood its meaning that a revolution is harsh and the people living through it endure suffering, cruelty and betrayal. Many lives are lost or ruined.

FW: We've read that food was scarce during parts of your childhood, and your father actually had to burn your books during your childhood in China. What made you write a book about food and literature, and how do the two go together in your novel?

Many of my childhood memories are associated with food and books, and both continue to play a very important role in my life. I love to cook, to host dinner parties, to write about food and to read. 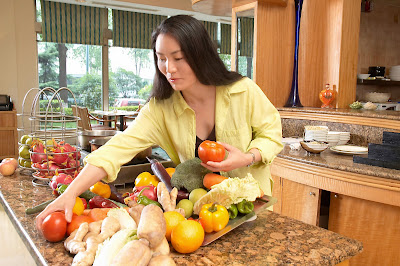 Both food and literature play central roles in the book. Food is a featured part of the celebration of good times, as when Ling lingers over homemade ice cream at a neighbor’s home. During the bad times, its absence is a symbol of misery and suffering, as when the Chinese New Year feast is reduced to two pan-fried eggs. Ling’s family is a very intellectual family. Books and foreign magazines are prominent in their apartment, and her father struggles to continue Ling’s education in English even as it becomes dangerous to do so. There’s a direct, physical connection between food and literature in the book. Ling writes poetry on paper with rice water, so that the words can’t be seen by others.

FW: As an adult you’ve returned to China. How is it changed from the country you recall as a child?

During my trip I saw that Mao’s effect on China is still far-reaching and can’t be underestimated. You can easily find shops filled with Mao statues and buttons, and taxi drivers hang Mao’s portrait on their rear view mirrors. Yet life in China is steadily improving. The cities are filled with material goods and the pace of development is dizzying. I feel proud of today’s China and am happy to see it take on an important role in the world. China will always occupy a special place in my heart.

5. You're a very successful, busy author, we know, so what are you working on now?

A YA - collection of Chinese ghost stories, A Menu for Hungry Ghosts with each story ended with a recipe, published by Holt. A cookbook- Cooking with an Asian Accent - Eastern Recipes and Wisdom in a Western Kitchen by Harvard Common Press, coming Spring 2009, and two picture books by Dutton and Holiday House. All four books will come out next year!

We said she was a busy woman, didn't we?

DON'T miss the fabulous he Children's Book Council/American Association of School Librarians joint "Meet the Author/Illustrator" column for the AASL journal Knowledge Quest, which contains an interview with Ying. She talks about her hunger for good books and food during the years of Chairman Mao's revolutionist regime in China, and how she came to be an author and foodie. Almost all of Ying's books for children and adults have something to do with food and words, from The Story of Noodles to The Story of Chopsticks to Ying's three cookbooks - Secrets of Fat-Free Chinese Cooking, Cooking With Green Tea, and Secrets from a Healthy Asian Kitchen, so if you're a foodie like us or enjoy reading to an aspiring chef, you'll want to check out this author's work!
Posted by tanita✿davis at 2:04 PM
Labels: Interviews

Thanks for the interesting interview, guys. When I was in 7th grade, I did a book report on a memoir called EIghth Moon by Betty Bao Lord, about a girl growing up during the Cultural Revolution. It was fascinating. in fact, my English teacher borrowed it when I was done. I am glad to see Ms. Compenstine writing such a compelling personal story for the YA audience. It's sure to do well. Congrats to her.

Thanks for this fabulous interview. Love the photos!

What an interesting person. I've had her book in my TBR pile for ages. I think I'll need to read it soon.

Thanks for the interview.