(Please click on our poster to enjoy a larger image!) 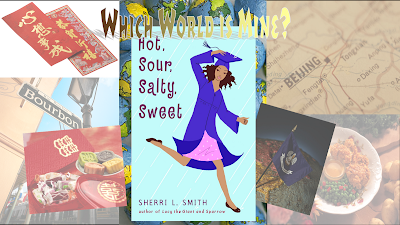 No matter if you're talking about readers in your library, students in your classroom, or presidential candidates, it's fairly apparent that multiculturalism is nowadays a BIG topic. It's a buzz-word, and people like to toss it around, some to give themselves the idea that they are ticking off all of the boxes, "identifying" all of the "groups" who have needs that need to be "met." Instead of thinking of "multi" cultures, this week we're thinking about... races. Being biracial isn't something that gets a lot of ink. Under the homogenizing umbrella of multiculturalism, there are very few venues for people who identify as biracial to have a voice.

What does it mean to be biracial? What are you if your "other" race doesn't show? Does choosing one race over the other mean that you're "selling out" or "siding" with one or the other? Is there a way to not choose, to avoid classification, to identify with both?

Or is there a way to disassociate with both sides, and come up with something totally new?

Questions of identity and invisibility come up over and over again for people whose single body embraces two races or many. Do you have answers to those questions? Would you dare to write about them?

Sherri L. Smith did.
And that's why she's our guest blogger THIS TUESDAY.

Yeah, it's pretty much about the "other" box these days (on those optional profiles).