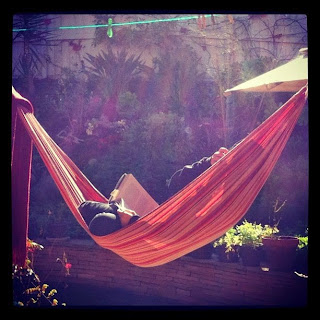 Reading outside usually has all the same specialness as reading in the bathtub -- it never works out well. Even with an e-reader, it can get dicey. I'm super photosensitive, so even with my Ginormous Bug sunglasses, I tend to go blind from things like the combination of sun and white pages, and then there's that inevitable pine tree that dumps a load of pollen on me, and -- *sneeze* -- mostly, I stay within screened porches, or actually all the way IN THE HOUSE.

Which seems, as I think about it, really, really unadventurous.

HOWEVER, for the rest of you, who boldly go where sand-fleas and those little grasshopppery-leaf-peepery things dare to go, who don't mind sun, pollen, drifting leaves, sand, or the odd ant clambering over your drink and offering itself to you as an impromptu and accidental bookmark, then I wish you happy summer reading. I'll wave to you through the window...

This book comes courtesy of the publisher, Sourcebooks Jabberwocky, and it's a standalone sequel to THE DIRT DIARIES, and my age recommendation says it'll play best with the 9-11 year olds. I was impressed with the novel; there are very few books aimed at young adults in the 9-13 age group which discuss issues of class. Rachel's family status has changed. They own their own home, but her mother works as a housecleaner AND an legal clerk to keep it. Rachel works too -- because she "borrowed" over $200 from her mother for an ill-fated "get Mom and Dad back together" project in the previous book in this series, and she must pay back her future account. I like that Rachel knows the value of her help, and that, when she loses someone money, she offers her hands and her back for sweat equity. Excellent. 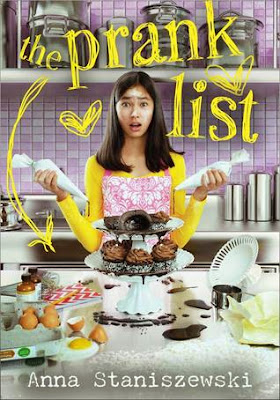 Though I'm also not a fan of photographic covers, Rachel is depicted as definitely having Asian characteristics (in the novel she is defined as being biracial), and her wide-eyed expression on this novel is the same as the expression (same model) on THE DIRT DIARY. This model is cute and engaging looking, and I'm sure the cover would make any girl, Asian or not, comfortable with picking it up.

Wonderland reviews very little MG - and this one is a LOT younger than I normally review for, but the character is an 8th grader, so I picked up the novel, expecting Rachel's characterization and plot to skew older. It doesn't at all, so this is the perfect beach novel for those just getting out of chapter books.

Concerning Character: Since her father left them, Rachel Lee and her mother have bonded into the kind of mother-daughter team she's always dreamed of. Mom seems ...happier, in a weird way, since she's actually running her own cleaning business and even has a boyfriend Rachel's okay with, and Rachel's learning how to scrub toilets even better - which is, admittedly, kind of gross, but it's keeping them afloat in the house. Rachel has an almost-boyfriend, Evan, who has really been there for her, and she couldn't be happier. Sure, Dad is, frankly, unreliable, and even he's having a bit of trouble launching his scuba business in Florida, but Rachel has saved up for a cooking class this summer, and nothing is going to diminish her joy in this -- not the instructor, who screams at her, not the cute-but-arrogant Whit, who is ruining everything for her, and not the people who accused Rachel of stealing in a house she was cleaning, who are posting bad reviews about her, and doing their best to ...make Lee Cleaners go out of business.

Ladybug Cleaners, with the nifty red-and-black vans and the cute uniforms, has arrived in town -- and the Lee's customers are cancelling them. Even worse, because of a lost necklace -- which disappeared after Rachel was the last one seen touching it -- Rachel is being pointed to as a known thief. She's costing her mother big-time, so Rachel does her best to make it up to her. When every single one of the flyers they post around town is vandalized, however, It Is On. Rachel is no stranger to revenge, and she's out to destroy Ladybug Cleaners. After all, if she doesn't, she and her mother will... have to sell the house and maybe even leave town!

Though what Rachel does is more sabotage than pranks - and I think the title is a little disingenuous calling the stuff she does mere "pranks" -- the worst thing is that she gets her best friends involved. She has to win -- at any cost -- but has she stopped to look at what it's costing her? Almost everything...including friendship, and peace of mind... 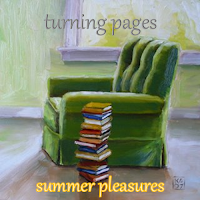 Critical Reader Reaction: While Rachel is adorable, there were times when I was definitely feeling like I was reading a book for nine-year-olds. Though Rachel is fourteen, she's incredibly short-sighted, self-absorbed and wildly immature, and she crashes through the novel, heedlessly making very obvious mistakes and judgments which are at times a bit frustrating. Her behavior is much more impulsive and early-middle-school than someone newly graduated from the 8th grade. The saving grace of her mutton-headedness is her best friend, Marisol, who more often than not yanks her back over the sanity line. (I did wonder if Marisol is going to get tired of being the elastic that holds Rachel's act together -- but maybe that's a topic for another book.) The sort of "life lesson" feel of the things Rachel goes through and eventually understands, though, seem a little unmatched to her all-over-the-board impulsive behavior. Would she really, so quickly and easily, come to a realization that holding onto things too hard and trying to avoid change is what got her into most of her mess in the first place? I'm not quite sure it works entirely that way for someone so visible immature -- but because the book is quick paced, lighthearted and funny, the almost instant-wisdom Rachel gains near the end of the novel is pretty forgivable.

This will be an interesting series to watch as Rachel changes and matures and grows into herself.

You can find THE PRANK LIST by Anna Staniszewski online, or at an independent bookstore near you!

Posted by tanita✿davis at 2:54 AM
Labels: Class and Identity in YA literature, Middle Grade, Reviews, TSD Review