The Weekend Word: The Perks of Being a YA Author

So, Tech Boy and I recently spent some four days in Portland, the one in Oregon, anyway, and for those of you who have been there or heard it called The Berkeley of the Pacific Northwest, it isn't; Berkeley is still offbeat and a little dirty, and Portland is This Other Thing Entirely for which I don't think I yet have words.

It was four days of ink and piercings, body mod, dye, and vegan/raw food. I love my counterculture as well as the next person, but GAH, sometimes you want to just, you know, have an egg sandwich, not a Free Range, Cruelty Free Lightly Coddled Egg on Artisan-Made Cracked Spelt and Oatmeal Bread Sprinkled With Pink Himalayan Salt, Garnished With Slightly Wilted Kale And Finished With Freshly Cracked Szechuan Peppercorn - hand delivered by a girl on a "fixie" bike with Malcolm X eye glasses, wearing cowboy boots with green-dyed hair. But - you get what you get, and you don't pitch a fit. Portland was friendly and lovely and full of roses and full of organic everything. Good times. Also, a shout-out to all the pink-haired girls in Portland, Lainey Taylor was in Europe while we were there, but I waved at every pink-haired girl regardless, waving to her in spirit. 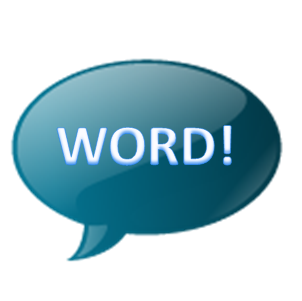 We were in Portland to see friends, of course, but Tech Boy has a coworker who ...commutes from Portland each week (as one does. With an airplane.), so we brought our friends and met he and his wife at a pub downtown, and over really good coffee and purloined candied hazelnuts (mine, which everyone else stole. What is it with candied nuts? They're like French fries. JUST ORDER YOUR OWN, PEOPLE.), we listened to stories about WWII and Polish relatives in the resistance and all, and then, as I was sipping my mocha, the wife said, in an aside to me at our far-at-the-end corner of the table, "Oh, so you write young adult literature...have you ever heard of an author named John Green?"

Reader, I laughed internally for five solid minutes. I was also tempted to say, "No, who?" but that just would've been ridiculous, as I'm pretty sure BUSES went by with posters for The Fault in our Stars on them, and I do avoid being completely ridiculous, if at all possible.

So, I admitted, "Oh, yes, I've ...stood in the same room with him, even," and I was treated -- seriously treated -- to a lovely reminiscence of John Green as a cute and pudgy two-year old.

Apparently, this lady whom I'll call Cee and John Green's mother went to high school together in Indiana somewhere back in time. His mother, interestingly enough, hated it, hated the town, the school, and Indiana, and when she left she basically told everyone that and brushed the dust of their little town off of her feet. And, nobody blamed her -- C. said she got out as soon as she could. I loved hearing that -- it made the whole "teen angst in my little do-nothing town" thing that John Green writes about feel very true.

"Did you know his mother used to write?" Cee asked. Couldn't say that I did. "And, did you know that they wanted to film that movie right there, in his home state, and Indiana said no?!" she went on in disgust. "It really is just the stupidest state." (I don't know -- there is STILL nothing in Forks, Washington, except for empty parking places for Dr. Cullen, and people still make pilgrimages there. Were you just avoiding the crazy, Indiana? I feel you...)

Cee regaled me with more tales of things she and Mrs. Green got up to, way back in the day. Because of how much Cee hates Facebook, she knows she is always "the last one" to know anything of what is going on with other people's kids(also felt her on that)," but that she thought they were having another baby (and since the President essentially gave them a high-five for that, I could say that, yeah, I'd heard that one). I did a lot of listening, of course, but Cee was tickled to death for me to get a chance to share. I hooked her up with some vlog brothers stuff, Crash Course, all the REST of John's books she hadn't heard of, SciShow, for the vlog brother she hadn't gotten to meet as a toddler, and The Lizzie Bennet diaries...

So, we came to the end of our stories and we parted ways with big hugs -- I mean, we bonded over someone she met when he was two, and someone I don't even know, but come on, the world is weird, and I'm a writer, right? Weird is implied. And then, Tech Boy tells me, days later when we're home, "Hey, Cee wanted to know if you've actually, uh, published anything she could buy?" He gives me a disgusted scowl. "She doesn't even know if you're published. Dude, what did you two talk about for all that time?"

Um, John Green. Isn't that who everybody is talking about?

Okay, yeah, so I suck at self-promotion, and while I like John Green just fine, I was glad at least Cee realized there are other authors. And, in light of the Green Acres, Greenlit, Green-a-holic fest the media has become, just remember, in time, guys, everyone else will, too. This slightly unmerited glut of attention to YA's alleged "savior" will pass, because the rest of us are writing awesome books, too. Meanwhile... 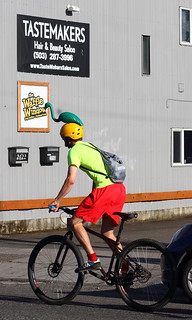 Do your part, y'all.
Keep Portland weird.
Not that flamingo-head here needs any help...

Posted by tanita✿davis at 3:57 AM
Labels: Author News, What We Do, Who We Are, Writing Daze

This made me laugh--before you even got to the Have you heard of John green? part, even. And you're absolutely right--the rest of you, you, are writing awesome books, too.

@Anamaria: The whole weekend was kind of hilarious for us (there was a nude bike ride/protest thing, and we kept seeing signs for it, and going the opposite way), but the "do you know John Green" line - with movie-poster buses rolling past - was such a hoot. For me, dealing with the media glut over John Green with humor is a reminder that "This, too, shall pass..."

This post made me laugh and laugh. And yes, you are pretty bad at self-promotion :-) But I would be, too. And Tech Boy should know that's it's his job to speak proudly of your published books and where to to buy them.

Seriously, though, so funny!

Hi Tanita! I want to thank you for the laugh, and for being the kind of person who errs on the side of too little self-promotion rather than TOO MUCH BY A FACTOR OF A TRILLION. I want kids to experience the thrill of discovering through their own explorations the books and authors that are meaningful to them. So sue me!

@Jen: What!? I suck at self-promotion!? Jen, you're not supporting my evasiveness and mumbling here, and I'm not sure how I feel about that... Srsly, though, Tech Boy is EMBARRASSING. But, that's his job. He says I'm setting him up for early retirement... *snort*

@Susan Brody: Hiya, Susan! Too much can be SO MUCH TOO MUCH, can't it? And yet, there's got to be something other than me vs. that... will look into alternatives... ;)

I don't know if this has changed since I was last there (maybe 5 years ago), but Portland also struck me as being very racially homogeneous. I like Portland, though.

I, too, am terrible at self-promotion. I got a haircut yesterday, and I was talking to the guy at Hair Masters (yes, I get cheapo haircuts) about books and stuff (because it came up that I'm a writer--god, I hate hair salon small talk) and I totally failed to give him one of my bookmarks. Doh!

I love this story, Tanita. The unexpectedness of it, especially! I thought your friend was going to talk about the TFIOS movie, but, no, something completely different.

@Jen H.: Heh. There were people with tutus, as well, and I just... well, I wondered if it was just an average day or for the parade, or what... so hard to tell.

@Sarah: TRULY homogenous in some areas - more in terms of class, though, which was a little upsetting - most of the people who looked to be poorer were clearly minorities. Our friends told us that the realtor asked them if they wanted to see houses in the Asian section when they went to buy a house... so... some challenges there, as everywhere, I think.

@Susan T: From someone I'd just met, I thought her "John Green story" was going to be that she'd heard him read somewhere or something. This was much cooler.