I am always intrigued by how tricky it must be for male authors to write a novel with a female protagonist in YA circles. We're pretty female-saturated in the field, both in terms of writers and readers. As writers, we're hard on women who write male characters lacking in testosterone. There are going to be equally difficult challenges for male writers (although, somehow feminine roles are just never as sharply defined as what men are "supposed" to be. Don't even get me started on that soapbox). However, if you don't get tangled up in what you assume gender roles to be, you'll find that men who know women can write multifaceted and realistic characters of any gender. We at Wonderland very much champion the male YA writer, so YAY, Karsten Knight! And yay for the debut salvo in a trilogy promises to be as fast-paced, fresh and intriguing as the first novel. 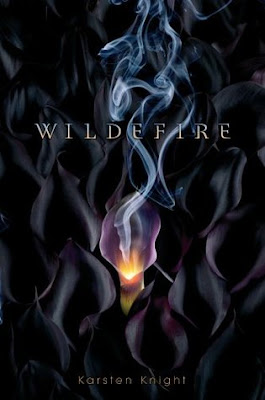 Reader Gut Reaction: Though there are a ton of mythical retellings going on in YA fiction, there aren't a whole lot of them which fall outside of the traditional - Greeks. A few Egyptians. Aaaand, back to Greeks. Other cultures have myths and gods and goddesses, and it's intriguing to see the rest of the pantheons finally representing.

This is a novel which reflects the real world for some young adults - so there's a lot of unapologetic underage drinking and behavior that will be looked on unfavorably by some, but it's hardly the point of the story, and goes beyond that to tell an engaging tale.

Concerning Character: Ashline Wilde would just like to have ONE good thing going in her life. She's the only Polynesian girl in a pretty Caucasian school, her adoptive Jewish parents love, but don't really get her, her boyfriend - now ex - has turned out to be a complete cheating tool, and now her sister, Eve, who is crazy mean (heavy emphasis on crazy), has just blown back into town -- and has actually managed to make sure that Ash's world is completely, seriously ruined. Knowing she never wants to see her sister again, Ash transfers to Blackwood Academy three thousand miles away to start over again.

It's not the clean-slate start that she thought, though. Ashline is expected... no, she was summoned to Blackwood, she and five other students. Supposedly, she's some kind of a goddess? And so is Eve.

Ashline is tough, driven, and angry. Her intelligence, which shines forth as the novel progresses, is part of what saves her. 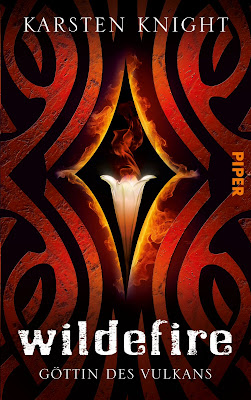 Recommended for Fans Of...: Anyone who enjoys action and adventure tales of teens with strange abilities. If you enjoy the X-Men, or the Percy Jackson novels, and the novels of Tera Lynn Childs, this one's for you.

Themes & Things: While there's sisterhood in this novel, it is mainly about finding your own way, in spite of what you've been given, and about looking within and finding out what you've been given. Ashline has been given a lot - her adoptive parents are upper middle class, and they have given she and her sister every advantage - and yet, Eve is still unhappy and leaves, and Ash is still awkward-feeling and making bad choices. It's only when she starts to draw from within herself that she changes and becomes who she's meant to be.

This is, of course, brought out a lot more subtly than I just said it.

Cover Chatter: A flower illuminated in a sea of other dark flowers - both matches a scene within the novel, and mirrors Ashline's internal powers. A beautiful, must-stroke-it cover which I think will appeal to tons of readers. Mr. Knight lucked out - I think this cover is gorgeous and will appeal to readers all across the board.

Even the German language cover has a lot of originality and while its flower is more stylized and not as pretty, it is appealing as well.

You can find WILDEFIRE at an independent bookstore near you!
Posted by tanita✿davis at 4:12 AM
Labels: Cybils, Fantasy/Sci-Fi, Mythology, Sisters

My niece loved Wildefire and recommended it to me (usually I'm the one doing the recommending). I didn't know the author was male until I saw the book jacket. Bravo, Karsten!

Oh my gosh these are some awesome reviews. Thanks!

This sounds really good! What I liked about the Cybils finalist Guardian of the Dead last year was that it dealt with mythology outside of the usual set.