Since A.F. finished HER review of DARK TRIUMPH before I could finish the book (!) I am going with my second string review for today.

Reader Gut Reaction: I loved the alliterative title of this book, which helped give me reasons to pick it up - I'm a sucker for that kind of thing. Coupled with an attractive cover, I was easily reeled in to a tale of a witch in trouble.

While initially I was excited about the novel, I realized that I was two-thirds in before the action really started. I felt like a lot of time better spent in developing the plot was spent on setting the scene. I was disappointed with where the novel ended - with a missed connection and no real understanding of what was going on. Let me explain...

Elsewhere in the city on this dark night, Jordan Astraea shines. She is one of the stars in the firmament of society, ranked Fifth in the Nine Great Families of Holgate, Philadelphia. Well-bred and ornamental, dressed in a gown of sparkling wire and filmy gauze, Jordan knows her duty - to make the most of her looks, and make a good marriage for her family. She believes that she is fortunate in her friends - and on the night of her seventeenth birthday, Catrina Hollingdale, her best friend, and Fourth of the Nine, and her sometimes-beau, the flippant, light-hearted Rowen Burchette are by her side. Catrina even gave her the glorious dress she now wears. 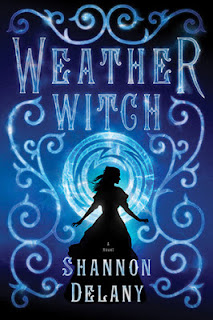 When the Wardens march on the party and accuse the Astraea family of harboring magick, everyone and everything drops away from Jordan - except Rowen. Abruptly not empty-headed and light-hearted, defying his mother, Rowen refuses to shrink from the family, or Jordan's mother. It's a mistake, he insists. Even when Catrina tries to engage his attention elsewhere, he insists it's a mistake. He sets out to defend her honor -- and sets off a chain of events which end in him leaving home, banished, and unsure of anything except that he wants to see Jordan again.

Jordan, meanwhile, waits patiently and stubbornly for someone to say that this is all a mistake. She has no more magick in her than she has six arms. As the dress grows dingy and she grows bruises from riding to the Hub in cages, she realizes no one is coming to save her. And, as the terrifying man in the Hub brings out his knives to find the root of her power, she realizes if she's going to survive, she might just need to save herself.

ALL of this sounds good, and the premise here is loaded with glittery descriptions, and subtlety that is perhaps necessary to tell the full story with all of the knotty plot issues smoothly laid out. However, I found myself disappointed that the novel ends before anything really happens, and certainly before anything is resolved. So, know going in: This is BOOK 1. You might want to read slowly, because BOOK 2 is going to be awhile. 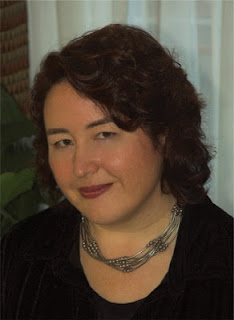 Cover Chatter: I am fond of the silhouette cover. It's being done to death at the moment, probably, but I like it anyway. The swirl of light around the girl's head I take to be the power/light that is drawn out through the Hub to power the pre-steam/post-coal world of 1840's Parallel Universe Pennsylvania.

Authorial Asides: There are tons of people who are fans of the 13 to Life series written by this same author, and many of them are familiar with her style. I think this book has received such high marks elsewhere because people know they can rely on Delany to follow through on the deeply involved, labyrinthine, detail-laden plots she puts together. That kind of confidence is good - I don't think this is a series which would have held up under its weight with a brand-new writer. Though I'm still disappointed that this novel didn't give me more, the writing is strong, the descriptions, world-building, and sense of place is vivid, and I have confidence that the series won't further disappoint. Just... don't expect to be told even a full episode of the story first thing. Bring your patience to the table, and enjoy a good read.


FTC:This book was an ARC sent via NetGalley, and courtesy of the author. The review is otherwise unsolicited.

AFTER IT JUNE 25th RELEASE, you can find WEATHER WITCH by Shannon Delany online, or at an independent bookstore near you!

Posted by tanita✿davis at 8:26 AM
Labels: Adventure, Fantasy/Sci-Fi

Sorry again about jumping in on Dark Triumph. :) It was my on-vacation read, though, so I tore through it!