It's not every day that you read a book set in Vienna that has really nothing to do with the stereotypical Vienna. I mean, there's the odd schnitzel, a few mentions of Mozart, but only in a passing kind of way. It's funny how some cities seem to fit into middle grade and young adult lit only as historical settings or vacation destinations. What also interested me was that the character was biracial, living in Vienna. There is a realistic mention of racism and some Austria-for-Austrians action which leaves emotional scars. All in all, this is old European city is made modern in this story, which points to an author who lives in Vienna today. This book is published by Trestle Press, which is, as near as I can figure it, the bridge between Smashwords and the printed word. 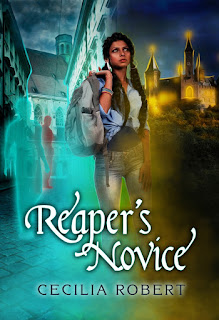 Reader Gut Reaction: A two-word description of this book would be "emotional roller-coaster." Okay, maybe that's three, but bear with me. Ana Tei, a seventeen-year-old senior, is at first deeply embroiled in the crisis of her parent's fighting. Her brother, Anton, is fourteen, and pretends he doesn't care, but little sister, Lucy, is only seven, and it all cuts her deeply. Three unhappy siblings nestle into a single bed until the fighting is over. It is never explained why they fight, but there is a Grand Plan to Fix Everything in place: the family is going to Italy to spend four memorable days together. However, before the family can get off on their vacation, a car accident threatens everything Ana holds dear. When Ernest - aka the Grim Reaper - appears, Ana's Grand Plan to Fix Everything shifts into high gear. She's sure there's something she can do.

One of the drawbacks of this novel to me is a lack of start-to-finish story arc. It's difficult, when writing a trilogy or a series, to get just enough of the storyline into the first book, and make the reader eager for more, without playing the game of dangling information and leaving ALL the strings untied, instead of tying enough to make a coherent story with a beginning, middle, and end. For instance, at one point, Ana plays her violin, and someone bleeds. Why? Is it the tune? The listener? The violin? What does her playing have to do with soul reaping, and why is her music conservatory important - or unimportant? We'll have to read the next book to hopefully find out. 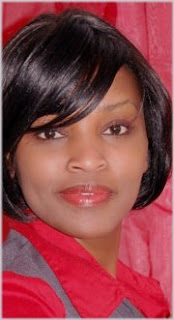 Concerning Character: An attractive girl who plays violin and has a fine net of scars around her neck and wrists from an odd rash during childhood, Ana is secure in her friend Lea's love, and Reiner has been her best friend since grade school. That Lea and Reiner are now together is even better. It's quickly apparent that Ana will do anything for her those she loves - whether they deserve it or not. Her family first, but her friends are a near second. It is this tenacious love which will both charm and baffle the reader - there are times in the book when the average person would cut their losses and say, "Wow, I can't fix this," but Ana tries to fix it all. This makes her both endearing and exasperating.

Emotional relationships in this novel are incredibly detailed or sparse. Ana and her boyfriend, Rolf, are deeply emotionally involved. It's less clear why Lea loves Ana so much, as most of her emotional attention is spent on Reiner and Rolf, and then, later, on her friend, Zig. Ana's early anguish, at her parents' vicious fighting vanishes in a puff of smoke as circumstances change, but it's never clear how Ana feels about that - and, frankly, I keep expecting things to go back to "normal." The new normal, however, persists - everything is just fine... which seems a little sinister to me.

Without giving anything away, it becomes clear midway through the book that some things have been going on, unbeknownst to Ana, all her life. She is characterized as wanting to know everything -- but her curiosity is imbalanced by emotional reaction - she gets hit with an awful lot of information about her past, her future, and her life -- and she merely wants to know more. In some ways, the pacing disallows the main character a moment to let things sink in, which, in such an action-packed book, leaves the reader kind of dizzy.

Recommended for Fans Of...: THE NEW POLICEMAN, by Kate Thompson; CART & CWIDDER, and others in the Dalemark Quartet, by Diana Wynne Jones; THE CIRCLE OPENS books, by Tamara Pierce; HARPER HALL trilogy by Anne McCaffrey, especially DRAGON SONG. Books where including headstrong and heedless main characters, enigmatic guides, family, friends, and music. 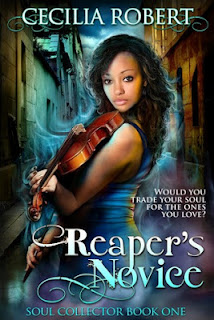 Cover Chatter: There are always plenty of covers a book goes through before arriving where it's going to be. Two covers came from this novel - the Kindle version has the swirly background, and show a girl in her late teens, looking like she's part of neither here, nor there. I like the outlines of the people around her, showing the potential of souls. I like the architecture, which says "ancient European city" there. I don't love the pig tails, though; there's not much time spent on Ana's looks in the novel, but I'd remember that. Of course, I don't pay as much attention to ebook covers, so the print cover is the one I appreciate most. The model appears both biracial, and capable of holding a violin as if she can play it. Two wins! The European architecture, plus the violin seem to speak more to the character, and the swirly light around her body also ties in to the story.

Authorial Asides:Cecilia Robert is Kenyan, as is the father character in her novel. Themes of home are certainly strong in this novel, home and family, two things the author has spoken of, and holds dear. Cecilia Robert doesn't do too much that is overt to introduce Ana's two ethnic backgrounds into the text - it flows really naturally, and you know that she's a product of a darker father, and a fairer mother - but it makes no difference to anyone important to the story.

I find it interesting that the major question Ana faces is where is home, and who is most important - the Reaper and that world, or the family she thought was truly hers? It's a question we'll surely see answered in sequels...


You can find REAPER'S NOVICE by Cecilia Robert online, or at an independent bookstore near you!