On, Dizzy, On, Dumpy! On, Groggy and Grumpy! 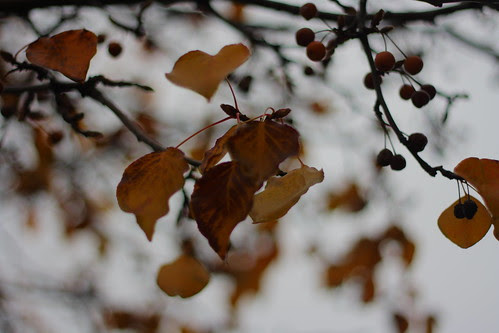 Did I just hear the Grinch's reindeer?

The Festival of Festivus wheezes and moans its way into the world 'o' blogs today. Billed as the "holiday for the rest of us" it's apparently a Seinfeld-esque day in which people tell each other how much they've disappointed each other throughout the year. And then they have contests of ...strength?

Well, I can't say I really ever "got" Seinfeld, but I do know this telling-family-members-how-disappointing-they-are sounds like a bad outing with certain family members, so while I'm visiting them, I'm going to have to suck up my Grinch-ing, and pass on talking about mi familia loca, or doing any gratuitous arm-wrestling. If *you,* however, have any gripes about your family or life or the season, (or if you live in Portland and aren't Nordic) definitely get over there and join in the merriment. Misery loves company, after all, and maybe after you complain, you'll be able to go back and be civil in company. Unless you work in retail...

Just one more day, and you'll be able to kick back and relax. By doing what? Sara wants to know. I'd like to add to that question -- how do you celebrate personal accomplishment? Do you invite over friends, or have a solo celebration on your own? Many people neither know how to relax or to celebrate... Something to ponder.

Publishers kind of hibernate this week 'til the second week of January, and writers ...well, we're spending our time realizing how much seventeen year old boys and a family of nine eat (how, how did I end up doing so much cooking? Was it the recipes in the novel???), and feel like they're sitting around in a jet-lag induced haze, or feeding the five thousand, who seem to need snacks in between hands of canasta and to eat 'round the clock. More coherent posts will be on tap after the weekend, I'm sure, once I've shrugged off the KP duties and hidden in a back room with my laptop! (Happy Hols to all my fellow Violets who are hanging in along with. Courage!...)

Great gift ideas and book suggestions are still pouring in, for those of you who, like me, aren't done shopping, and won't be until the 12th Day of Christmas (which is after The Epiphany, which is the realization that Dec. 25 is an artificial deadline, and including post-Christmas shopping makes the fun last longer). Check out the usual suspects -- Chasing Ray and Mother Reader. More anon!
Posted by tanita✿davis at 10:18 PM
Labels: Random Notes and Errata, Views

That's a great question: how DO we celebrate personal accomplishment? I may have to blog on that! But for now, I'll say that when I got the "I think it's sold but nothing's in writing yet" call, I made my husband take me out for a Five Guys mushroom and onion burger and fries. That sounds lame, but it was just right---not too crazy expensive or overconfident in a jinxing way, and fun and relaxing.

P.S. I have a 17 year old boy and I KNOW how much they eat. He even admitted to me the other day that it was "impossible" for him to be truly full. Good luck with escaping KP duty.

P.P.S. I shopped some yesterday and regretted it. The lines! The traffic! I wound up at Office Max. No one's buying business supplies now and it's a great place to get stocking stuffers. And I needed my 2009 calendar refill.

Off-topic!
Hi, TadMack. I've awarded you a "Butterfly" for having a really cool blog.
Here's the scoop at Ink for Lit.
Have a great day!