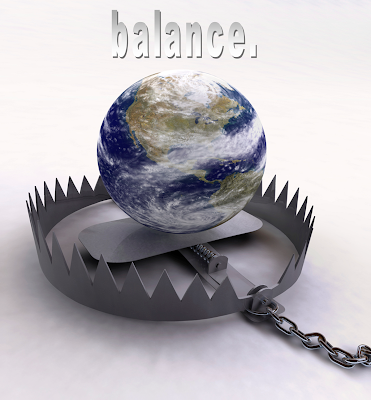 Last week I mentioned that I am living sandwiched between construction projects -- the roof seven stories above me, and the demolition across the street. As much as I find the noise and dust intrusive, I expect it's nothing compared to how intrusive the elementary school across the block must find it. It looked, this morning, like the teachers had all finally given in to the lure of the big machines, and brought the kids over for a squint.

About seventy five kids - between the ages of first and fourth grade - got to march out from their classroom, cross the street, eel up the sidewalk and line up at the fence that separates their playing field from the construction site. The workers seemed a bit nonplussed for a moment, and there was a pause and a helmet-to-helmet consultation between hard-hatted gentlemen, probably asking one another what was meant to happen next. Then, with almost visible shrugs, they went back to work. They fired up the Caterpillar and pulled down some I-beams.

Engines whined. Metal shrieked. Children jumped around and screamed. It was enormously satisfying noise, wanton destruction, large machine maws gaping and crunching and metal sheeting crumpling like construction paper. The applause and cheers of the audience rose. Something that was meant to be destroyed was going down big time. Joy was uncontained.

Perspectives on destruction vary as we age. Perhaps it's because the older we get, the more we know enough about loss. Little kids are gleeful to knock down blocks and kick over sandcastles, but just a little bit older, and the inexorable march of the tide brings desperate wailing, moat digging, and shrieks as the sandcastles go back out to sea. It's hard to see things destroyed without reverting to the nostalgia of when they were new. Maybe most of us hold on tightly to what is, knowing the transient nature of circumstance, sensing the breathless balance of life against the razor-edged teeth of disaster, we've learned to be prepared at all times to mourn.

Is that any way to live?

Another Postponement of Destruction

Banging out the kitchen door, I kicked

before I saw it a thick glass baking dish

I'd set outside for dogs the night before.

It skidded to the top step, teetered, tipped

into an undulating slide from step

to step, almost stopped halfway down, then lunged


on toward concrete, and I froze to watch it

splinter when it hit. Instead, it kissed

to rest in frost-stiffened grass. Retrieving it,

I washed the dish and put it in its place,

then launched myself into a rescued day.

If you want more of Henry Taylor's particular kind of poetic brilliance, here are a handful more from the Beltway Poetry Quarterly. Two Writing Teachers are hosting the Poetry Friday extravaganza today, please stop by.

I'm never this lucky. My dishes always smash. Although there was that one time when my sister accidentally sprung the side of my crib, launching ME into the air, and my dad caught me. Or so the family story goes...

As the mother of a 7-year old boy, I spend far too much time watching things torn down and built up. I keep hoping this phase will pass. There is just something so melancholy about watching the demise of a beautiful old building.

Great point: little kids are destroyers, then we turn into--mourners/preservers/white-knuckle-grippers.

Your description of that school field trip is just fabulous. I'm still smiling as I picture it.

I love this post, the applause, the love of destruction, the rescued day. Poetry.

I love this post! I had never thought about the truth of what you said, about the ways in which our feeling about destruction change as we get older...

I loved that post. And like the voice in the poem, I felt my jaw relax as that dished rolled into the grass unshattered, without ever realizing that I'd tensed in the first place.

May I recommend those glamorous sleep shades for your eyes, or blackout blinds or curtains for your windows? (I saw over at Tricia's that the scarcity of daylight is starting to get to you - although I'd thought it would be light even later than what you said by now, since it's light until almost 8 here in NJ and again in the early part of the 5 a.m. hour.)

My favorite part of this post is your phrase "eel up the sidewalk." It's perfect. I always got so tickled watching the preschool groups come for my storytimes, all marching in line two-by-two holding onto a long rope...

I'm just curious, which came first, the poem, or the post? And if the post, how did you find such a perfect poem?!?!

Your post dovetails nicely with Jama's, about the loss of the Hawaiian native culture.

At this point in the school year, I am finding myself in a build it up/tear it down predicament -- this family of learners that it took 9 months build will disintegrate in three weeks when they stampede (NOT "eel") to the bus that delivers them to summer.

Yes it is a sweet description of the field trip. My favorite part is "there was a pause and a helmet-to-helmet consultation...". I can just see it. And I'm glad to read that poem about an unshattered dish. Always something to celebrate! You are finding poetry in your chaos as usual.

Wonderful post. The start of a story for you maybe...

Mary Lee - Actually poem and post occurred almost simultaneously! I heard all the kids outside, and then I sat down at the computer to choose my poem. It was a happy synchronization.

I struggle with liking destruction and finding cathartic -- I'm not a packrat, but I can see my urge to preserve and memorialize eventually becoming problematic. I'm embracing noise and destruction!