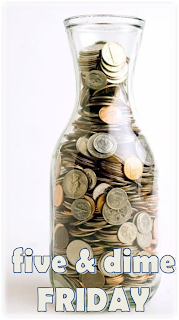 What a week, huh?

February gives us, as always The Brown Bookshelf's 28 Days Later round up in honor of Black History Month - be sure to check in and find new authors you've known nothing about. (Surprise so far this year: Octavia Spenser. Um...wow!) The little bios and backstories are well worth your time.

Meanwhile, the Greens announce incipient re-parenthood, and Barak Obama has now been indisputably proven to have a nerd on his PR team. DFTBA, POTUS! No, dude, really. Don't forget...

It's Polar Vortex: The Sequel, chivalry is NOT dead in Harlem (or something isn't dead. Machismo?) and the West Coast is finally getting rain - just in time for drought austerity rules to come into play. (Not that the rain will fix things without a lot more of it: ♥ Besos, Hetch Hetchy Reservoir, Colorado River, and State of Arizona. ♥ You're still screwed.)

Meanwhile, Bill Gates went back to work at Microsoft, and what a fun experience that was for him! ::sigh:: How I wish the previous story were true instead of satire. Due to file corruption on MY Word document/WIP, I had to rewrite two whole chapters this week, so while I survived (We say in my writing group "the genius is within us." This does not make rewriting something lost ANY EASIER), I think the universe owes Mr. Gates at least a bunch of error messages. Anyway. I'm racing between meetings and knowing my agent is leaving for the Bologna Book Fair and a well-deserved yearly vacay, during which he does not take texts, emails, phone calls, or requests from importunate authors. I am fighting the clock, with TONS left to do, but here I am anyway ...in brief:

Remember when Betsy Bird did that Hot Men of Children's Literature thing about six thousand years ago, give or take a week? Jama's been cracking me up over at Alphabet Soup with her winter teas - in this case hotTEA's and celebriTEA's. I can hear her wry voice asking, "Feeling warmer?" Indeed. Though I note that despite her finding a picture of David Bowie with ridiculous hair, there's no Sean Connery. Surely this is a man who has been photographed with a tea cup at some point in his life. He's SCOTTISH. They do that tea thing. Moving on...

Children's books round-up at the HuffPo, by the very fabulous Minh Le! Nice to see us rightly representing in the big leagues.

"I can't help but feel like, beyond a certain point, over-explanation dissipates the power of that magic. Sort of like, when you try too hard to explain a joke, it isn't funny anymore..." Oh, J.K. Rowling. WHEN are you going to hush up? READ yesterday's post by aquafortis, on Dumbledore, Ron, Hermione, and the Author's inability to decentralize herself from her story. Magic is diluting as she speaks.

We think reader response is critical - every reader brings their own experience to a book. So why would you plug into something that gave you the characters emotions? Don't you have your own?

Cheryl Klein talks complexities, as in she breaks down the challenges that editors face in publishing more diverse books. As always, her straightforward, informational style gives thoughtful stuff a few points to ponder.

RESOURCE ALERT: This month of all months, this site featuring the written narratives of actual African slaves in America is useful to have. Bookmark it.

Black History Month in YA Lit: Book Riot shows you how it's done. Like a timeline-using boss. Thanks, Kelly Jensen!

Meanwhile, Rich in Color just had the usual experience with B&N of not finding a book - nothing too new there. Her book list was full of diverse titles, however, and finding only two on an entire list has ticked her off for the last time. She's doing something about it, and maybe the rest of us should, too, in any of the bookstores we patronize.

Novelist John Scalzi is OVER the Olympics, others of us are in it for the outfits. 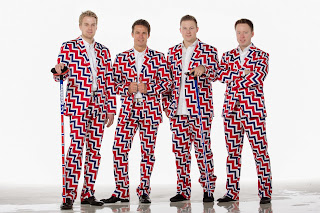 Who ISN'T watching for the outfits? We're all too hypnotized not to...

While we're dizzy from the Norwegians, it's helpful to remember where those outfits came from. Remember your WWI history lessons on razzle-dazzle? Oh, sure you do: 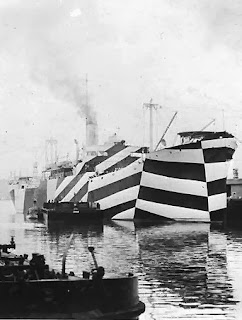 THIS is Dazzle, 1918 people.
I can see why they had bathing suits in this pattern in the 20's, too - cute, but ultimately, somewhat hypnotic... and good at hiding torpedoes.

Confusion to your enemies, Norway!

And a happy, wet, cold, and snugged-in-with-books weekend to the rest of us!