TURNING PAGES: INTO THE DARK by J.A. Sutherland

A YA novel with an adventurous (note I did not say "strong") female protag in an unusual place is most often fun. That same YA novel written by a man is intriguing for the simple fact that there aren't as many of those. I didn't know the author's gender before finding this book - I just thought the premise sounded a lot like the early Mike Shepherd Kris Longknife books (or a much improved teen David Weber-esque Honor Harrington type) before the character (and in Weber's case, the moralizing) started to annoy me - more space opera than science fiction, more sea adventure (kind of) than steampunk: Young girl runs away (not exactly) to the (not really) sea - that sounded adventurous enough for me. Now I know that this is a debut from an author who has already put out three books in this series, so no waiting!

Summary: At fifteen, Alexis is a driven, hard-working and beloved granddaughter of a prosperous colony settler, but she knows the truth about her life -- that is, it's amazing, but she can't have it for much longer. The only way to have her grandfather's land and her easy relationship with the workers and the business for keeps is if she marries someone who will let her keep it. "Let her" is a particularly bitter pill to swallow, as Alexis IS the family business, having worked with her grandfather since she was tiny. And in a way, it's his fault that she can't have the land; as one of the original settlers of the space colony, he, too, feared the youth and vitality of the settlement walking away with its women as they married, and so agreed that only men can inherit. That was then and years later, as her grandfather ages and is terrified of the land reverting to the colony upon his death, Alexis is treated to a noxious parade of the greedy and the shallow who salivate at the thought of digging into what her grandfather has fought so hard to build - and who want to plow Alexis under, too, as part of the bargain. In a hated, frilly dress her grandfather bought her, Alexis tries to show up and play her part, but she's not stupid, and she's not going to put up with stupidity. When she sees her chance to make a life for herself - she jumps at it. There aren't any rules against women joining the Royal Navy; in the outer worlds, there are plenty of women! But not on the prosperous and originally settled core planets... never mind. Alexis didn't expect easy - she just expects to earn a future another way. And she's determined that she's going to do it... 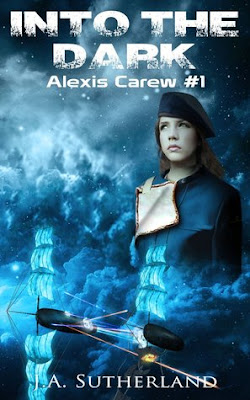 Peaks: There's a very classic feel to this novel, possibly putting readers in mind of other books they've read from the 19th century that are Ye Olde Tales of the Sea. There's the desperate young person, yearning to break free of the Old Country, there's the limitless horizon beckoning... there's uniforms and discipline and being burned up in the fire of an institution, to emerge as one of the tall, shining, and proud. Yep, this is a story we know, and its very familiarity is lovely - and a bit deceptive.

Despite the old, old familiarity of a book set in a patriarchal society, this novel still has lots of new things per page - a whole new world, which has, surprisingly, gone backwards toward kind of the late 19th century in terms of technology (and ideology), Dark Space, which creates a need for ships far forward technologically, ships which sail with solar sails; Naval terms and Naval discipline which is a lot like the 16th - 19th century maritime obsessed British who were always running away to sea -- and the absorbing characterizations really make the pages pass quickly. Alexis isn't a whiner, nor is she particularly plucky or feisty or anything outrageously sexist. She is not ugly or beautiful, nor genetically gifted or magical; she is shorter than her thirteen-year-old bunkmate, but that doesn't bother her too much. She struggles, but none of her struggles are overly painful or dwelt on for too long. She does have a disproportionate sense of the universe needing to be fair - and it isn't - but this doesn't embitter her too much.

Science fiction typically has a bit of science in it and there is less hard science in this novel than many readers might expect. However, there are solar sails on the space ship Alexis sails on - and she has to learn to understand that technology, which was first introduced in science fiction by Jules Verne. It's completely fantastical and really complicated and I didn't get it -- but was tickled to remember Bill Nye's solar sails experiment this past summer. It's that wonderful "what if" in science fiction that keeps me coming back. Adding to that an interesting female protagonist who is sometimes lonely, sometimes terrified, and sometimes overwhelmed -- new planets and the romance of the (kind of) sea, and you have a winner of a book.

I also thought it was a positive that Alexis notices that she's a girl, surrounded by boys. It would have been ludicrous if she didn't have a tiny, brief frisson of interest in someone!

Valleys: While these aren't true valleys, there are some spots where emotional resonance is missing for me; Alexis is assaulted early in her Naval career, and later in a maneuver has to kill someone - she is able to engage in violence and do what needs to be done, but I expected it to affect her more emotionally, as it would anyone, male or female, and felt that the author let her off with artificial ease. 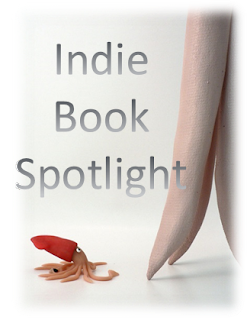 While Alexis is thoroughly run off her feet, in other ways, she is not very challenged by the Navy; her first time on ship, while difficult in terms of what she's required to know mathematically (and I really felt for her there!), is largely a job she can push through by being her usual focused self and seems not much harder than the work she's been doing on her grandfather's tree farm. For instance, she doesn't witness her fellow troops being particularly gross, they're not that interested in her femininity, they limit their slurs and sexism to manageable, unsubtle confrontations. No one seems to be trying to pack her in cotton and protect her, people doubt her ability, but are shown in brilliant fashion that They Are Wrong. Fortunately, I cheated and read the jacket copy for the next book and know that this is actually lulling the reader into a false sense of security, which is all to the good!

I'll be interested to see if a richer diversity of background is included in subsequent volumes; I'm thinking back and can't really remember if the characters in this are anything other than American Standard characters, which would usually take me out of a story a bit, but didn't this time. I'll make note of that for next time.

Conclusion: A fast-paced, tautly written capital 'A' Adventure, this is another independently published gem I'm happy to discover.


I picked up my copy of this book on Amazon. You can find INTO THE DARK by J.A. Sutherland at an online retailer, e-tailer, or check out the audio version.