I love Mysterious Orphan stories; they've been some of the most successful in modeling the Hero/ine's Quest. Like Superman, Lyra, Harry Potter, and all the rest, Mysterious Orphan tales start with a kid who isn't sure of their place in the world, or the details of their lives -- after all, missing a parent means missing 5/10ths of your own story, until you grow up enough to make more of your own, and even then. Of course, being a wise orphan, the missing pieces lead them to create their places in the world. This process works on the Reader as well, as they are able to diminish within themselves feelings of unbelonging and embrace the feeling of control over their universe. It's maybe a temporary feeling... but then, you can always open another book, until you learn to do this for yourself!

And so, on with the story! 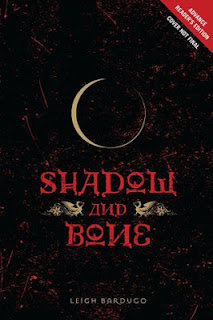 Reader Gut Reaction: I started this book earlier this year, as a sneak preview. I should never, never, never do that, because once I started it, I wanted it, and it wasn't out yet. And then, as is my wont, I forgot about it completely. Picking it up again meant a big leap back into the depths of a story it felt like I already knew - and no wonder. Those mysterious orphans! Those missing pieces of their lives ... except, in this case, the orphans are parted; one to become a cheerfully womanizing soldier, the other to be a fairly useless mapmaker. And yet, it's the useless one who shines - literally.

Concerning Character: Alina Starkov (is just the best name, is it not?) looks good on paper, anyway. An orphan of the endless wars of Ravka, raised in the home of a benevolent Duke, and employed to usefully make maps for the war effort. Except for her best friend, Mal, there's not a lot about Alina which stands out. Mal is splendid, Mal is wonderful, Mal is gorgeous, Mal is ... drifting further and further away from Alina, who can only wish after him. It's only when she's about to lose him for good that she figures out her purpose in life - to light the world. Unfortunately, the Darkling, the head Grisha in her country, is in need of light. His ancestors have left the world dark, through the fold, a supernatural division in their country which is infested by flesh-eating flying beasties. Traveling through that place requires a Grisha, or Ravkan witch, and Alina is now required for the good of the nation. Finally, she has a place to belong! -- but all is not at all as it seems... 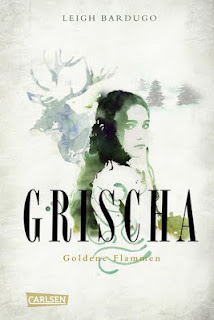 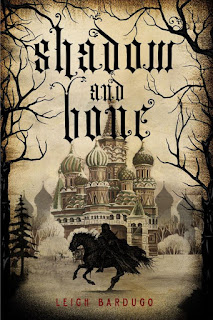 Recommended for Fans Of...: Shannon Hale, BOOK OF A THOUSAND DAYS, MY MOTHER, SHE KILLED ME, MY FATHER, HE ATE ME, ed, Kate Bernheimer, FIERCE READS ANTHOLOGY, etc., Also, any of the Baba Yaga stories, or any stories with baffling heroines, like Rapunzel, etc.

Cover Chatter: There's a lot to discuss in terms of covers, here! I can't even tell you how much I love the final American cover. No faces! Story elements! Gray, lovely gray! Perfect touches of Russia in black, gray, and red! See, I used exclamation points. There is so much love. 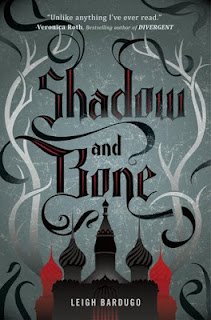 Now, the scary British hardback is my second fave - on a sepia background, it depicts the Darkling, plain as day - the lone, handsome, romantic figure -- although I'm not loving the title near as much. The German one has a lot of interest, as it depicts a watercolor of an antlered head next to the title character's, but - meh. I prefer no faces, as always. And then, there's the ARC with the battered black background and the sliver of moon, and THEN, there's another with a girl on the cover, an entirely different title, and a dramatic tagline that makes it seem very romance-y - another British one, I understand. The designers really went through a lot of changes with this one book, and each cover (okay, you know me: except for the one with the girl and the drama-lines) has something to offer... but I still love the American one the best. Surprise!

Authorial Asides: Leigh Bardugo's “The Witch of Duva: A Ravkan Folk Tale” was my very favorite in this year's FIERCE READS anthology, so I KNEW I would love this book. And, sure enough! SHADOW AND BONE - Bardugo's first! - was acquired by DreamWorks, and the same producer who did the Potter movies is going to do this one. Hopefully, there will be no camping!

You can find SHADOW AND BONE by Leigh Bardugo online, or at an independent bookstore near you!

Posted by tanita✿davis at 1:16 AM
Labels: Cybils, Fantasy/Sci-Fi, Reviews

I love the sound of this one. And I agree--ALL those covers are cool!