I've discovered a tree-lined riverside trail that meanders almost four miles to my favorite branch of the library. I. am. stoked. Of course, I haven't walked it carrying actual books -- please, those things are heavy -- but it's good to know that I technically *could* skip the bus, if it weren't constantly raining, and walk that way lugging twenty volumes, which is the base limit the libraries here impose on single check-outs. (Twenty? They make me laugh. The Benicia library would let me take thirty-one. And check out on Tech Boy's card and mine. They knew better than to get between an addict and her fix.)

I digress. The point is, I've been working hard, but I've also been reading. Tons. (And even books without weird, weird sexist overtones). However, since the blogosphere tends to cluster-review YA books at least, I won't bore you with more of the same -- although now that I've met a (fifteen-month-old) girl named Solace, I'm loving Siobhan Dowd's last book Solace of the Road 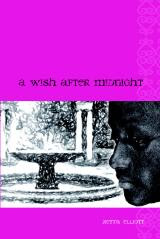 that much more. (Hat tip to Kelly for a great review.) I powered through both of Laini's books -- and I'm having Magpie Windwitch Withdrawal. There are symptoms, including the wish for a facial tattoo, and/or a flock of crows as relatives. (Well, I'm halfway there, at least.)

Andi, Doret, Charlotte, Colleen, Sheila, and many others have written such complex and intelligent reviews of A Wish After Midnight that I won't bore you with my own wonderings and comments. Let me just say: Ms. Colon is a STRONG young woman. Some of the questions other readers have raised about the men in the book -- Paul, the doctor, Judah -- have gotten me wondering about and appreciating Judah/W.E.B. DuBois and co. a bit more. (Thanks, thinkers! P.S. - Judah's story, according to Zetta, will maybe be finished this fall!)


Eisha - I think (and if not, sorry for taking your name in vain, Eish) - mentioned Blown Away by Patrick Cave when we were working on the Cybils. Blown Away is told in alternating voices -- Dom, the son of a media mogul is imprisoned at his boys' school while massive changes take place in the world, and martial law is imposed. He records the world he knows, slipping away, in his diary... which falls into the hands of Addie, generations 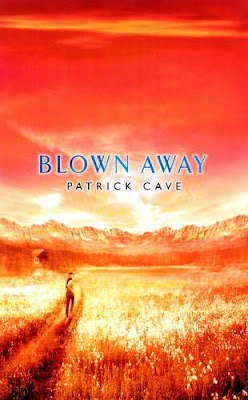 later. Dom was turned into a soldier, and his genetic material was harvested... to create Addie. Who, knowing that her heart is weak, and that she has no chance in this brave new world, signs herself up for a game remarkably like that which we witnessed in The Hunger Games -- a televised bloodsport. The "Fit to Live" games in which Addie competes focus on being fit to scrounge, fight, and survive in a world of vanishing resources. There's an additional focus -- those "fit to live" should be ...British. The non-British? Aren't fit to live. Addie, with her differently colored eyes, has been prophesied as the savior of the Britons. Is all of that a fake? Or... not?

Sharp North is the first book in this series; if I had started with that one, perhaps Blown Away's storyline would have appealed to me sooner. Still -- it's quite a ride.

Another post-apocalypse book is John Brindley's The Rule of Claw. A group of fifty or sixty kids survives... on the beach. Only the open sand at the edge of the water is safe. Surfing is great -- except when the sharks or sea eagles attack. The forest... eats people. And there's something else out there, and it's not the adults who left them so long ago. 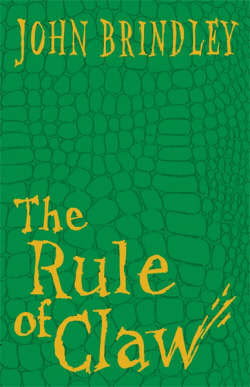 The kids rely a lot on what they've always done, and ritual, and in sort of a Lord of the Flies society, the person who is the "best" is the leader. When Ash loses a surfing competition, she loses her leadership status at a bad time. Suddenly quick-tempered, immature Jon is in charge. Their small group divides in confusion, and for awhile, no one notices that Ash is missing. But, she's been taken by an enemy they didn't know they had. And soon all of the surf camp knows there are giant raptors on the island.

Fortunately there are other communicating beings on the island that they also did not know existed. The Surf Camp kids never have been "alone..."

There are strong environmental messages here, and sometimes the action obscures the storyline, but overall, this novel has a central message of respect -- for the planet, for those around you, and also for those unlike you. This one was a little different from the dystopian novels I've read; it's got a bit of tension and some violence ongoing, as the kids fight for their lives, but would be good for older MG readers, I think.

More books rounded up in a few days. Back to writing!

You can buy Solace of the Road (after October, 2009), A Wish After Midnight, Patrick Cave's Sharp North and Blown Away as well as The Rule of Claw from an independent bookstore near you!
Posted by tanita✿davis at 4:02 AM
Labels: Crossover, Fantasy/Sci-Fi, Realistic Fiction, Reviews

Excellent roundup! Hope I can find at least some of these at the library next time...not to mention I have a roundup of my own due.

We have no checkout limits at our library, Tanita. Just saying.

When the kids ask how many books they check out, I always ask them, "How many can you carry?" I love their reactions to this. Some are confused. Some light up. Some run away without another word and start grabbing more books.

I LOVE that story, Adrienne.

Oh, Adrienne, that practically makes me bawl with happiness. Your library is the common sense capital of the universe. Because, seriously, isn't "what you can carry" a sensible limit after all?

I have been extra-aware these past several months of just exactly how lucky I am to be working where I am doing what I am doing. It's a wonderful combination of being able to pay my bills, be creative, have fun, and be a part of something positive when times are tough for so many people.