No Snogging, No Thongs, but Lots of Angsting 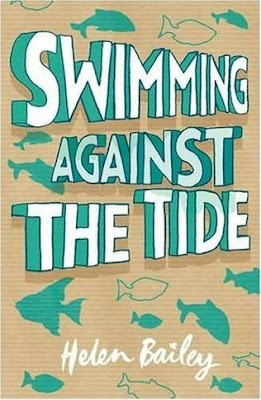 If you're a fan of Louise Rennison's humorous, sort of breathless British YA lit featuring Georgia Nicolson, you just might like Helen Bailey's Electra Brown. Electra isn't quite as air-headed as Georgia, which is a profound relief, and she's thirteen when the series begins, which makes her a perfect match for post-MG readers looking for something quick and funny to read.

Electra thinks she lives a pretty dull life. However, there's a light on the horizon -- though her parents have split up (and her Dad's new girlfriend, The Kipper -- fake tan orange and bony like the fish -- is an absolute beeyatch, when no one's around to witness it), now she and her mother (Of the Mighty Mammaries) and her little brother Jack (aka The Little Runt) and Mum's boyfriend have a trip to America to anticipate.

Electra is excited -- and nervous -- to visit her cousin Madison in New York. They haven't seen each other since they were ten, and Electra wants to be as gorgeous and buffed and tanned as Madison is in her pictures, and score a Yank boyfriend while they catch up. After all, her friend Sorrel -- whose vegan mother would have a conniption -- is sniffing after Warren, who works at McDonald's. And Lucy, Electra's other gorgeous sidekick, has had a fling in France. Nothing is going on with Electra. Absolutely nothing, so in the fifty or so days left before the half-term break, Electra makes a Plan. She needs one; Madison is gushing away about someone called Max, and that's the last straw for Electra. She needs a man.

Which is why she emails her cousin a little lie...
That snowballs into a bigger one...when her cousin unexpectedly comes to see her in England. The reason Madison comes is serious. The repercussions of her visit -- and the lie -- are pretty much hilarious.

I love the snarky descriptive names Electra gives strangers and frenemies, the doses of British slang that are nonetheless easy to understand, and her unique ability to ramble on about nothing, and waste copious amounts of time, trying on "shed loads" of clothes she can't afford, and hanging 'round with her mates after school. I especially love the friendships depicted in this book. Electra's good friends have their own storylines; Sorrel, whose braid-wearing, lentil-loving, vegan-cafe owning mother named each of her children after an herb, is rebelliously eating meat anywhere she can, while beautiful Lucy struggles with a controlling mother whose hyper-perfectionism drives her to self-harm as a means of dealing. The girls support each other, despite their own issues, which gives the book a depth and breadth of feeling that the Rennison books sometimes lack.

There are four Electra Brown books in the series, and each one promises to be as much of a gem as this one. Swimming Against the Tide is a fun, quick summer read --dare I say "beach read?" -- which I've really enjoyed.

Buy Swimming Against the Tide from an independent bookstore near you!
Posted by tanita✿davis at 8:03 AM
Labels: Humor, Realistic Fiction, Reviews

Sounds cute and fun--I enjoyed the Georgia Nicolson books (the ones I read, at least).

You had me at doses of British slang. I love the cover too!

I'll check this one out. I didn't like Angus, Thongs... except for the title, but you've given me enough that I am intrigued.