On More Books for Boys, and "White Culture" 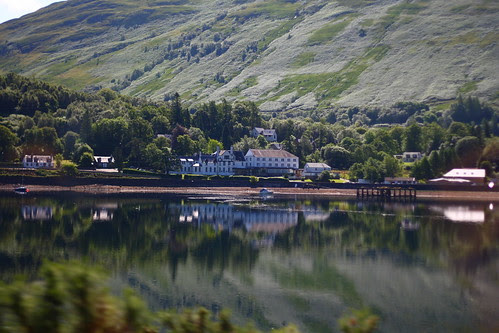 The sun's been shining in Scotland, which means I've been outside - not working - but all good things must come to an end. Eventually. While I warm up to actually doing something productive, I'll point out a few things I've noticed from the blogs:

Via Charlotte's, I found out the incredibly angering news that Diana Wynne Jones has lung cancer. Wow, talk about devastated. I'm so FREAKING SICK OF CANCER it's not even funny. We wish Ms. DWJ health and strength for the fight.

Galaxy Express, which is all about SF and romance (a mashup that more books have than not), talks about the awesome that is YA lit, and briefly reviews The H-Bomb Girl, one I hadn't heard of yet. The comments are full of other great YA SFF suggestions.

At The Spectacle, Parker questions School Library Journal writer Diantha McBrides's open letter to publishers, requesting more books for boys -- because boys will apparently only read books with male protagonists, and "some boys have never read a complete book in their lives." (McBride also feels there should be a moratorium on WWII books.) Are characters that fluid? Could it really be as easy as shifting genders? Should George Lucas have stuck with Luke as a Luci, which was his original idea, and thus spared us that whole Jabba-and-bikini episode? (And maybe given Leia a purpose in the whole Star Wars series other than being The White Robed Princess Who Must Be Saved?) These and other thoughts pondered, do join the conversation.

If you have been missing the important and intelligent conversations going on at Chasing Ray, as part of her What A Girl Wants series, I want you to know you're missing some important discussion among intelligent authors and readers. It's more than just talking about the best books for girls. We're talking about the teetering of traditional publishing, the opportunity for new paradigms to be established, the choices before readers and writers -- some really deep and amazing stuff, giving a lot of us quite a bit to think about. The latest WAGW was on representation -- and it has brought up a lot of ...stuff that people weren't sure they thought, but then said and realized that, "Yeah. I believe that." Laurel feels strongly that only Jewish people should write Jewish characters, and Zetta believes that no one can know the African American experience except an African American - yet Kekla feels fine writing Caucasian characters. Can no one can write the queer experience except for another queer person? Colleen's follow-up post to this is very thought-provoking. Where is "white" culture in YA lit?
Posted by tanita✿davis at 2:51 AM
Labels: Random Notes and Errata

Oh no! That's awful news about Diana Wynne Jones. I, too, have been feeling a bit overwhelmed by the amount of cancer diagnoses that seem to be popping up lately.

I can't wait to read Colleen's follow-up to that fascinating discussion about representation in YA lit. I guess my feelings about it sort of boil down to, if you're going to do it, do it well--whether you're representing your own experience or someone else's, take the care to make it as authentic as you can.

I've been a bit blue about DWJ. I also want to formulate my original comment better (which read okay until I actually posted it), hence the deleted spot.

Thanks for the update- you guys are awesome!
Namaste,
Lee

That is sad news indeed about Diana.

On the weather front Tanita, could you please send some of your sunshine this way?