So, Your Teacher Is Menacing You, And The Principal Says You're On Your Own??

So, you're reading along. You notice that the head of the school is kind of inept -- as an administrator, and as a ...person. He's got his wizard chops, yeah, but he rarely seems to use them, although there was that one time his bird spontaneously combusted, and came back. The Aunt and Uncle are vicious, some of the teachers are menacing, and the parents are dead -- murdered. And the kid with the scar gets only vague advice, and a Mona Lisa smile. What's wrong with this picture? 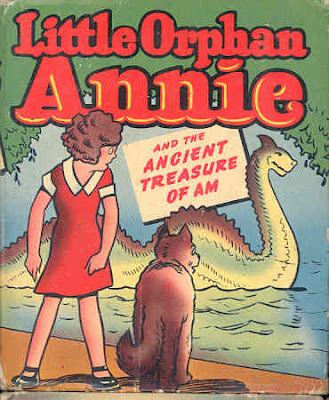 Maybe only I got irritated with Dumbledore, but it's a common malady in kidlit (and in Disney films, don't get me started) that parents are among the missing or the dead. Anne-with-an-e is perky and chipper, yet has her sad orphan tale, Oliver Twist figures out he can't trust Fagin, and Nancy Drew knows she can drive around in the convertible solving mysteries, and still be in a fresh twinset and pearls by the time her erstwhile father gets home. Once writers got past the 19th and early 20th century moral tales, in which the adult is always right, there evolved a lot of negative press for adults in children's lit, and we're becoming increasingly harder on adults every day. Parker Peeveyhouse has asked a great question about those absent adults in children's science fiction and fantasy.

The nice thing is, young readers have real adults to help them and care for them. And those who don’t can take courage from similarly disadvantaged literary heroes. But how do you think children are affected by reading about powerless, ruthless adults? How can these extremes be tempered in novels–or should they?

Join the discussion.
Posted by tanita✿davis at 3:48 AM
Labels: Random Notes and Errata

Did it seem to anyone that Dumbledore purposely let Harry and co. apprehend Quirrel in the first novel?

If you ask me, Dumbledore didn't leave the castle that night because he was duped but because he wanted to see those kids get through an obstacle course. He's a slippery one, that Dumbledore...

I didn't think Dumbledore was inept. I thought that he pulled Harry's fat out of the fire in most of the books. But I'm with you regarding the other adult characters.

Okay -- I'll give you Dumbledore as a go-to guy. He had ...reasons for not being where he was expected, and reasons for showing up unexpectedly. But the rest of the adults kind of drove me nuts. Was complete ineptness what the kids had to look forward to as they aged?

When I was a kid, I hated it when it was obvious that an adult did or didn't do something in order to Teach Me A Lesson. Argh.