Red and Yellow, Gay and Straight... 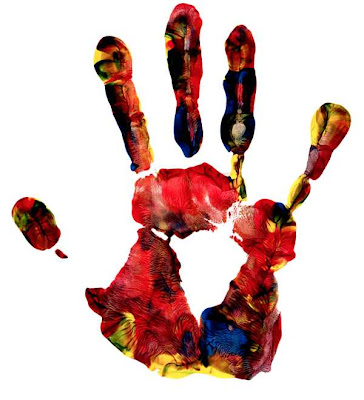 "It is ridiculous how many books are published each season with characters who look the same, sound the same and come from the same economic circumstance. Something needs to change. The questions put to the group this time addressed this issue in several ways. Do you think that writers and publishers address this identity issue strongly enough and in a balanced matter in current teen fiction? Can authors write characters of different race/ethnicity or sexual preference from their own and beyond that, what special responsibility, if any, do authors of teen fiction have to represent as broad a swath of individuals as possible?"

What A Girl Wants: Representing ALL the Girls, at Chasing Ray.
Posted by tanita✿davis at 8:51 AM
Labels: Random Notes and Errata

Sort of tangentially, I've been thinking quite a lot lately about issues of responsibility as a writer of teen fiction, and of the often very high standards of writing quality, rigor, believability, fairness, and vividness that are usually demanded of teen fiction writers...and I can't help but wonder if the same rigor is demanded of writers of mainstream or literary adult fiction. It seems like the boundaries there are a lot looser, the demands less stringent in some ways--but I could be wrong...

...which is basically all my way of saying that writers of teen fiction ROCK in a huge way. :)

I don't think you are wrong.

A discussion started on John Green's blog, in which he essentially opined that writers should be given smaller advances, in part to deflate the Superstar Writer identity (which actually attracts a lot of media attention, thus drives sales due sometimes to name recognition alone), and give people a leveled playing field. Several authors responded by telling him he was insane -- but some of those were novelists for adults and in the science fiction and fantasy community, which is a whole different genre. Books come out faster there, and my editor shares the belief that there is much less oversight. It seems to take longer for YA books to come out, too.

I mean, have you yet seen a Farrah Fawcett, Michael Jackson, or Billy Mays book on a shelf? I know you're not looking... but they're there.

I always wonder how the heck they do those so fast when someone dies... a MG biography of Michael Jackson will be out in another two years or so.

It's like they should put a label on some books "Editing Standards May Vary."

We already have a sign up about the upcoming Farrah Fawcett book. I just had this thought, Fawcett's was sick for so long, someone was probably already working on her bio. A. they finished it up quickly to get it out sooner. or B. They had already completed the bio and where just waiting. I know its a cruel thought because I can't even finish it, but I still think its possible.

Thanks for highlighting this post! As usual, there's lots to think about. You know, even though I have Syrian Jewish and Swiss-German Mennonite heritages, I would feel like a fraud if I wrote about them in any other context than as a 4th generation urban lower-middle-class teen coming to grips with her coming of age,feelings of alienation, blah-blah-blah. However, just writing that brief character sketch makes me yawn. I simultaneously want to step outside the experience of my self and identify with the characters.

Amen, Farida. I'd be in a similar boat (with different ancestors!).