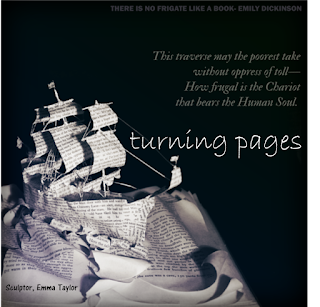 Synopsis: Women who persist aren't a recent innovation. A history of intolerance, which led to insistent female resistance is not an uniquely American story, but one which nonetheless has heralded seismic shifts within our national history. After the success of A TYRANNY OF PETTICOATS, editor Jessica Spotswood brings together twelve new tales of women who were upstarts and outsiders. From the 1830's through the 1980's, these stories, some based on actual events, others fictionalized accounts of historical periods, regale readers with young women who stood up and out as radically different, and in doing so, changed the way the world related to them. Contributors to this collection include young adult authors Jessica Spotswood, who also edited; Dahlia Adler, Mackenzi Lee, Erin Bowman, Megan Shepherd, Anne-Marie McLemore, Marieke Nijkamp, Dhonielle Clayton, Sarvenaz Tash, Stacey Lee, Meg Medina, and Sara Farizan.

Observations: Claiming an identity -- stepping outside of the role and voice assigned -- can be uncomfortable and awkward, intimidating, to downright dangerous and life-threatening. Without a clear idea of how things will end, each of the young women depicted in these stories sets out on a personal journey -- whether its to use her brown hands in the service of her country, when only paler hands are sought, or to make her escape from abuse, or to take her chances in a traditionally masculine world, playing a man's role. Readers will pause thoughtfully to discover these nuanced angles of history -- taking readers out of the realm of mere nostalgia into the realities of the difficulties and challenges of history through the voices of the traditionally excluded and silenced. 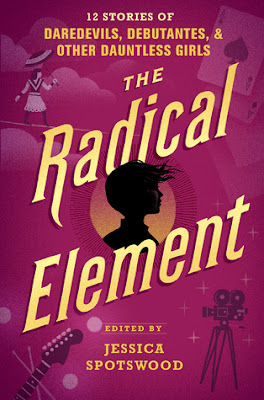 The women's outsider status is significant, as most of these voices are from women in the margins, due to issues of race, religion, sexuality, disability, gender, or professional desire. I appreciated the voices from early in our national history into more recent times. Some of my favorites were the story of the young Jewess, longs to study the Torah, and the Mormon girl who tries to find ties between her new country, and her faith. A Latina drains herself of pigment with the family's magic to bleach herself into the faded shades acceptable for silent films, while brilliant and neurodivergent young woman keenly watches court proceedings to determine the reproductive rights of the mentally unfit. Elsewhere, a half-Japanese girl braves 1950's xenophobia to compete to be the next Miss Sugar, while a young Cuban dons her first pair of go-go boots. The perspectives are fresh, the stories are original, and the anthology is a joy to read.

Conclusion: If you're not a short story aficionado, I think there's still plenty in this novel which will appeal. There's room to read and hop around, and then return to longer stories from time periods which you may not believe will hold your interest. You will be surprised!

In the editor's note, Spotswood outlines the purpose of this collection, and her wish that readers will be able to find themselves within these pages. Even as not a particularly radical individual, I found myself in the bravery and dauntlessness of these heroines, and I believe this book will work well for older middle graders, young adults, and adult readers.


I received my copy of this book courtesy of NetGalley. After March 13, 2018, you'll find THE RADICAL ELEMENT edited by Jessica Spotswood at an online e-tailer, or at a real life, independent bookstore near you!