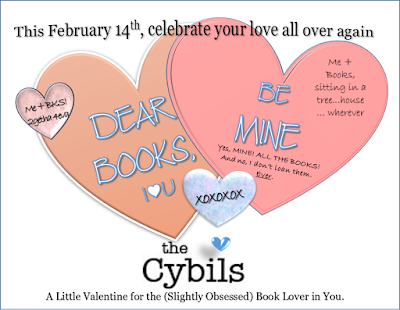 Every single year, the Caldecott, Printz, Newberry, and other awards come up with tons of wonderful titles that... most people have already heard of. And, that's not awful. These books are well-read, widely reviewed, and often touted by major reviewing bodies for their literary impact. But, sometimes "literary" doesn't take into account "beloved."

In 2006, the Children’s and Young Adult Bloggers’ Literary Awards were founded to address that particular issue. The Cybils Awards accepts nominations from hundreds of ordinary people - young adults and kids, librarians, teachers, and parents - so that the year's panel of judges can read and discover books that might not be famous or popular, but which have both literary merit and kid appeal. Over the years, the nominations have expanded to include self-published books, audio books, and book apps, as well as the usual general categories of for younger and older readers.

Though there are still hundreds of books released each year which get lost in the shuffle, there's been a slight decline in the last year in nominations. Is the gap between books awarded and books beloved finally closing? Or, were we all so distracted with politics in the last year that we forgot to read? We at Finding Wonderland are going to do our best to be more vocal about our support for the Cybils Awards, and remind each other to read widely - and wildly - and to recommend books as hard as we can. We want to see new book vloggers and avid book bloggers, readers, audio-book junkies, reader's advisory librarians, and everyone, really come together to keep young adults and children - and the adults who can't get enough of their wondrously literary books - talking books, swapping books, and best of all, reading.

To that end: in just five days, the 2017 Cybils Awards will be revealed. Watch. This. Space!

Posted by tanita✿davis at 5:27 AM
Labels: Cybils News, Happenings