Here is a Thing that happens when I see a Robin McKinley book.

I mentally rearrange my life, clearing any necessities away so I might have uninterrupted time to read.

Much like Charles de Lint is to another generation, for me, Robin McKinley is fantasy. And, almost every novel of hers, I have a tiny cry that the worlds she builds do not actually exist. I'm serious. I get weepy.

While this book has no real parallel, it reminds me of SUNSHINE, my utter and absolute, must-go-back-and-read-it-periodically fave McKinley book that isn't the BLUE SWORD or THE HERO AND THE CROWN. (Those have their own categories, thanks.) Yes. It is THAT GOOD. And I am writing this sentence when I am in the middle of the book, just so I can type it into my blog later. I believe, even not knowing how this is going to end, that it is going to be a must-go-back-and-read-it-periodically fave.

If you find yourself thrown off by slang you don't understand (like in FEED, for instance), you know by now to be patient with it, right? FEED was worth the bother, yes? THIS is twice worth it. If you're over love triangles? There are none in this book. There are few, if any times you feel like you're in a horror movie screaming, "No! Don't go in there!" to someone oblivious who should know better. There are no dumb characters here. Maggie is a perfectly normal girl, but she's not this year's candidate for Teen Queen 2014. She's just ...normal, and this is set in practically a parallel Western world to this one -- and then it all changes. The tension is, at first, like thinking you hear whispers in the next room. And, then, it gets louder and louder, as the tension is drawn tighter and tighter. It's such a good read. 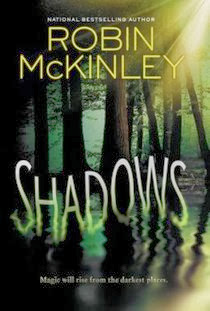 Concerning Character: Maggie isn't normally hostile. I mean, she's not good-goody-good, in that way she was after her father died, when she was afraid that the Universe would take her mother, too. No, she's gotten over that. She's not super-good, but she's not super bad, either. Like her bestie, Jill, she mostly follows the rules in Newworld, including the rules about Run and Report, which is what you're supposed to do if you see silverbugs, or any of the other things that indicate a cobey, or a break in reality. Maggie fits into her society, which is a lot like our society, except for the slang, the super-saturated technology/science thing (worse than us, even) and the police who guard against break-ins from other worlds. She's not a problem child, which is why her mother can't figure out what the deal is with Maggie and the new stepfather. Granted, the whole "wicked step" thing is pretty well known, but he's just some totally dead battery from Oldworld, where they still use magic. Yeah, he has a thick Oldworld accent and hairy arms, and really questionable dress sense, and sure, all of these things could make her go "Eeew," but -- not turn her into a hostile, flinching, then running, screaming sobbing mess. Maggie just doesn't freak out that easily...

As it turns out, stepdad Val has something worse going on with him than just wearing plaid socks with sandals and his Oldworld mangling of the new slang. He has shadows that clump around him, dripping and scuttling, creeping and sliding and making him look like forty people instead of one. What's the deal with him? And, what the heck does it mean that Maggie can SEE this??

Newworld doesn't use magic. There's no such thing. It's been genetically ...hacked out of people's gene sequences. Or, it's supposed to have been... but right now, it seems like it's coming out of the shadows... and knocking, with many hands, on the door...

WARNING: You must take what you fear, and from that, remake the world. This book has dogs in it - and their hair. And their hyperactivity. And their lawn-bombs. Prepare to deal.While we may all want to, we cannot live in a Robin McKinley book. Do not read while operating heavy machinery. Warranty void across state lines. Your mileage may vary. You don't really want a sheep dog, unless you want to be herded. Gruaa are a many-legged tribute to Makkuro kurosuke in My Neighbor Totoro and Spirited Away, which is just one more reason you'll not want this book to end. There is more than one way to fall in love with Algebra. Beware of interesting times.


I found my copy at the library (but I'm gonna have to go to a bookstore). You can find your copy of SHADOWS by the amazing Robin McKinley online, or at an independent bookstore near you!

I am asking for this one for Christmas. By then I will have read all my Cybils books, and will be able to enjoy it with a clean conscience!

Sunshine is my fav adult read McKinley (read The hero and the crown as a child so that doesn't count) so if this reminds you of that I *must* go look for it.

I agree with you about feeling a little weepy when I have to leave certain Robin McKinley universes, and YES, this was one. The setting reminded me a lot of SUNSHINE, too, in all the best ways.

Thank you again, Charlotte, for forgoing your newly-acquired Kidlitcon copy... (You are TOO NICE!) I promise it will be worth the wait. :)

@ Charlotte: I really, REALLY really hope you get your book.
@ Fence: It's kind of lame of me to have said that this reminds me of my fave McKinley book, but... yes. Go. Look for this. Now.

@ A.F.: Charlotte really is a good friend, isn't she? I love you and all, but I wouldn't have given you mine. Sorry, it's a ROBIN MCKINLEY BOOK. ;)