I think the cover on this book attracted me initially. I love all things autumn, and, okay, if you're going to get real with it? It's all about the half-life, decay-state this time of year. It's all rot. It's pretty rot, yeah, but... decay. Decomposition. Death. Yay, Autumn! So, the cover is all gorgeous swirls of type and a tree trunk silhouette in rust, tans, siennas and brown, with tiny threads of green. It is really gorgeous, and it's really wonderful that they didn't attempt to pictorially depict the characters or the details of the book in any other spoiler-y way. Love it, way to go design team!

Admittedly, I didn't know what to think when I started this book. I thought, "Okay, I have lunch in half an hour, I'll give it a shot..." Well. Now lunch is half cold, but the book still has me. While there's some tired tropes - Mean Girl who never gets a real confrontation, a weird loose end about a grandmother, which may or may not be tied to a sequel, baffling, single-dimensional parents who aren't adequately explained, and a sort of lockstep feel in how Ellie is treated at school - no school population is ever 100% behind a certain activity or attitude, so I find Stepford students hard to buy. But -- this novel's speculative "power" was fresh and unusual, and thought this is more drama than humor, this novel reminded me it's about time to reread Hold Me Closer, Necromancer, because... well, decay, right? It's that kind of thing. An intriguing debut from Sylvia Lewis.

Concerning Character: Ellie Miller has a ...condition. It's not something that gives her much of her life. Her Dad works eighty hours a week, her mother makes sure she's out of the house unless Ellie is asleep, or separated from Ellie by a layer of latex and a spray bottle of bleach. They communicate with series of notes -- Mom writes, Ellie ignores. She's pretty sure she could pick both parents out of a lineup... maybe...

It's not any better at school. Everybody knows who she is -- Typhoid Mary. Everybody knows not to sit anywhere near her, because around Ellie, things happen. They ...fall apart. Literally, like. Dissolution. Decomposition. Decay. She has a pair of gloves that must be kept dry. Sweaty hands make accidents. She has a one-desk circumference of silence and distance her peers and classmates keep from her. Even her teachers are afraid of her. 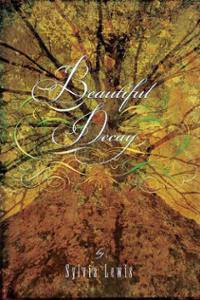 You'd think that would mean she wouldn't be bullied. I mean, no one wants some Ebola-by-touch thing happening. But, Amber - aka Supreme Bitch-Queen From Hell - knows that Ellie is good, that she wouldn't infect someone with a flesh-eating virus just because they pissed her off. She sucks up all the insults, the hurtful nickname, the thrown food, and the tripped Goth kids, and just... endures. Her upbeat mother is sure she'll be able to live a normal life someday -- and her father is kind, but...distant and clueless and, even with his kindnesses, usually really behind the ball. Ell is sure they'd love to imagine a life without her -- or, a better life for her. Or something. But, she can't possibly figure out how that could ever, ever be...

If it weren't for computers, Ellie would have nothing and nobody -- but she has Mackenzie, a true blue buddy who cheers her up with insults and funny fan fiction when she's sad. At least Mac's not afraid...but, she would be too, if she was with Ellie in person. It's not easy to be alone in a world where everyone fears what you can do. Ellie can't see the point of her life.

Until one day, fate, in the form of a new student, sits in the desk next to hers.

Nate McPherson cannot be discouraged, disgusted, or deterred. She can't warn him, snark him, or scare him away. He keeps coming back... and Ellie has the mind-boggling experience of, for the first time in her life, finding someone who maybe might ...understand? But, Nate's got secrets of his own, secrets that bring Ellie right out of her comfort zone. Most of us would risk a lot, for a friend. If it's the first friend you've had who knows what you are, and doesn't care? Then, maybe you'd risk everything...

WARNING: Every single-celled animal wants to multiply. Knowledge is power. A grandmother can be a literary loose end. Reading while operating heavy machinery is hazardous to your health. All things must die. "Ashes to ashes" is really inaccurate; it should be dirt to dirt. Bleach is not the answer.

This book came courtesy of its publisher. You can find BEAUTIFUL DECAY by Sylvia Lewis online, or at an independent bookstore near you!

I picked up an ARC of this one at Kidlitcon. It's still in my TBR pile, though. It sounds intriguing...