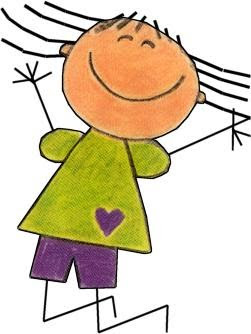 There's a whole lotta "yay!" going on, but it's been going on a little quietly.

In the last several days and weeks, there have been some books which have launched (Yay, Lissa Wiley, Liz Wein, and me), some -- okay, a shuttle launched (YAY! Dragon 9/Space X!), some birthdays (Yay, Farida, Jules, Liz, and Sarah), and some awards. First up, I need to give an official squee to Laura for BookSpeak winning in the Children's Literature category of the Minnesota Book Awards! Yaaay! How very satisfying of a win, and I thought the way her family collaborated to have a little celebration at home for whatever outcome was so very, very sweet. Now, THERE are some people who know how to celebrate!

The IPPY Awards were established in 1996 to honor some "unsung titles" put out by indie booksellers. And who won a 2012 IPPY Award National Category Multicultural Fiction - Children's Bronze? That'd be one Sarah Jamila Stevenson, co-blogger at this fine blogging establishment. YAAAAAAAAY!

Yes. At THIS BLOG, a person won a book award. And... *crickets* Would she have ever mentioned it? Ever? Who can say?

You might have heard NPR's "Morning Edition" yesterday whereon Nancy Pearl, Librarian Extraordinaire, listed some great "summer reads" she's recently enjoyed. First up on the list? Map of My Dead Pilots, by one Colleen Mondor, the well-known Kidlitosphere organizer from Chasing Ray.

Both A.F. and I have been sick, busy, and burdened (and could the freezing/rain just STOP already?), and there's a bit of that sick-busy thing going around, too, but in sort of a mid-week kicks like Jules does of a Sunday, we invite you to share some "Yay!" going on in your world, too.

And, because this phrase has been ringing in my ears lately, Don't forget to be awesome.

Posted by tanita✿davis at 2:16 AM

Yay for Sarah! And all the rest of you!

My boys have now become Nerdfighters--their favorite thing on the computer these days are the Green brothers' videos. So yeah, Don't Forget to Be Awesome right back atcha!

(My own small piece of excitement is that Ben is going to be in 18 school production of MacBeth--just about every public and private school in the city is coming together to do it. I'm proud of him--it's a bit outside his comfort zone, but he signed up and went through with it!)

Thanks, everyone, and plenty of YAY to go around! I am thrilled to hear about everyone's good news. Tanita, I cannot wait to read the FINAL version of Happy Families! I feel like I've seen that one through a lot of incarnations. :)

That drawing sums up exactly how I'm feeling these days! Squeee!

Cannot wait for a chance to curl up with Happy Families. :) And Colleen-on-NPR is pretty darn exciting!