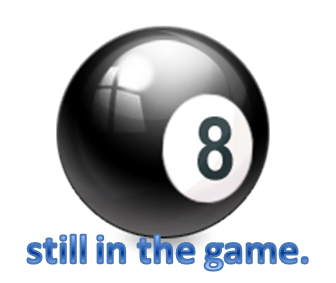 It took us a few days, to figure out an introduction. We both wrote one, or accidentally posted both the original and an edit of the first one, and never figured out - or decided - to delete them. It was 2005, and we were taking our first self-conscious steps onto the stage of YA book blogging after finishing our MFA's. Our first book reviews a few days later - David Levithan's classic Boy Meets Boy and Richard Peck's Between Two Rivers were followed up by a rather opinionated rant on animal-morphing CGI in children's movies on February 28, 2005.

What a long, strange trip it's been since then.

Blogs have a life cycle, and several times since then one or the other of us has said, "I think I'm done with this." But, having two - sometimes three - people around has helped to spread the wealth. We don't make any attempt to blog daily - that's too much, for people whose primary jobs now are full-time freelance writing. We have too many projects and deadlines - but as we head into year eight, we're still reading, still participating in the gigantic, dynamic soup of YA and children's literature, and watching it morph from something a little bound by convention and hovered over by gatekeepers into something altogether changeable and disputed, lively, colorful and marked by the disparate cultures and communities it now represents. From graphic novels to ebooks, to apps, there's a lot of change in the air - and a lot of questions on how the economy and the children's book industry will continue. Do books have a future? Will the great pots of story always be stirred by one group to and fed to another?

Change is... inevitable. Adventure is optional. Here's to the great adventure...

It's been good to be a part of the blogosphere. Thanks for being here, too.
Posted by tanita✿davis at 1:55 AM
Labels: Random Notes and Errata

Happy blog birthday, and thanks for not quitting!

I am in awe that this is your 8th year! Happy Blog Birthday to both of you, and thank you for everything you bring to the now gigantic children's and YA blog soup :)!

Time flies! I'm so glad you guys are continuing to work on what has been one of my favourite blogs for many a year. Happy Birthday, Finding Wonderland!

It IS a gigantic blog soup now, isn't it? Thanks, all, for the birthday wishes!

"Change is inevitable. Adventure is optional." I think I will steal this in the near future.

@ Jama ~ sooner than you think, you'll be looking back on seven years as well!

@ Maegan ~ you're totally welcome to that!

I am late with the well-wishes, but I wish them even so. I'm glad you are still here blogging and hope you will continue to be for a long time. I find out about a lot of books I want to read at Finding Wonderland.